Looking at the past six months, seasonally adjusted trends show that labour force participation figures have been fairly stable, although they have fallen slightly, or by 0.2 percentage points. The employment rate, however, seems to have slightly increased. Although still lower by 0.7 percentage points than half a year ago, the trend seems to have gone upward since August.

Comparison of unadjusted measurements for October 2018 and 2019 also indicates that the labour force has increased by 4,800 people, although its share of the population has decreased by half a percentage point. In October 2019, more people were estimated to be outside the labour market, or 48,300 (± 3,000), an increase by aprx. 1,000 people from the year before. Finally, the unadjusted measurements indicate an increase in the unemployment rate by 0.6 percentage points from October last year. All counts are rounded to the nearest hundred. 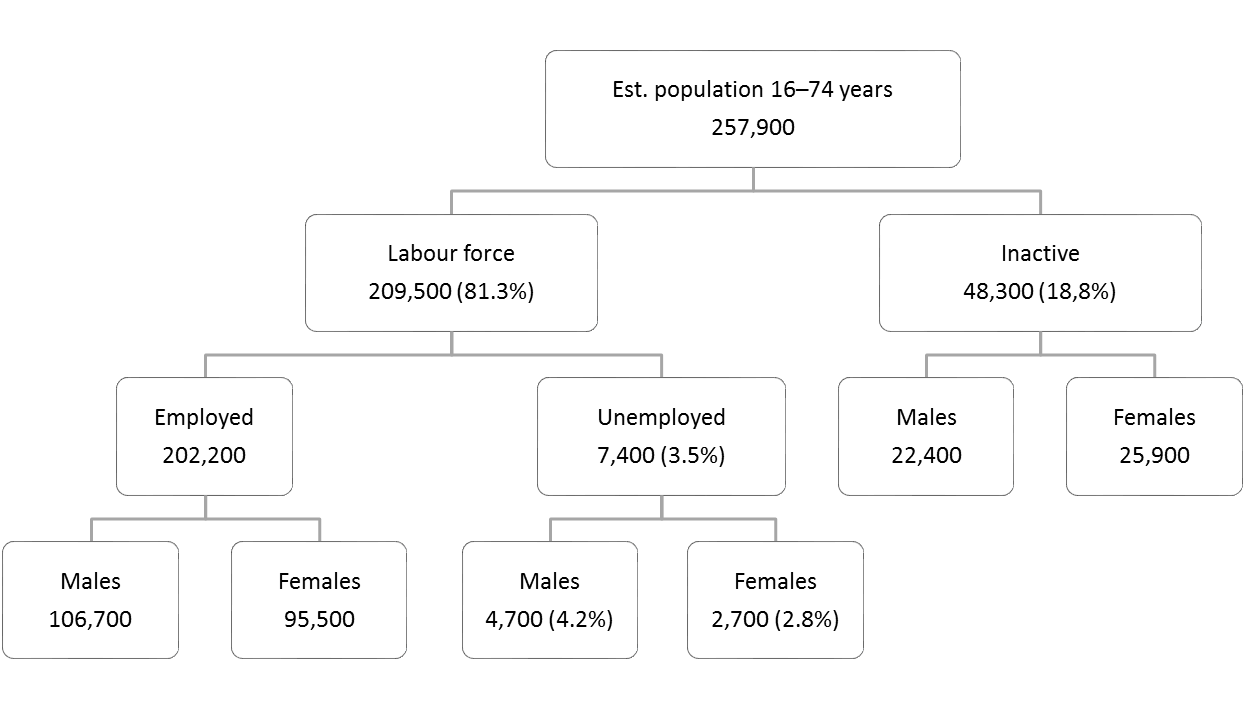 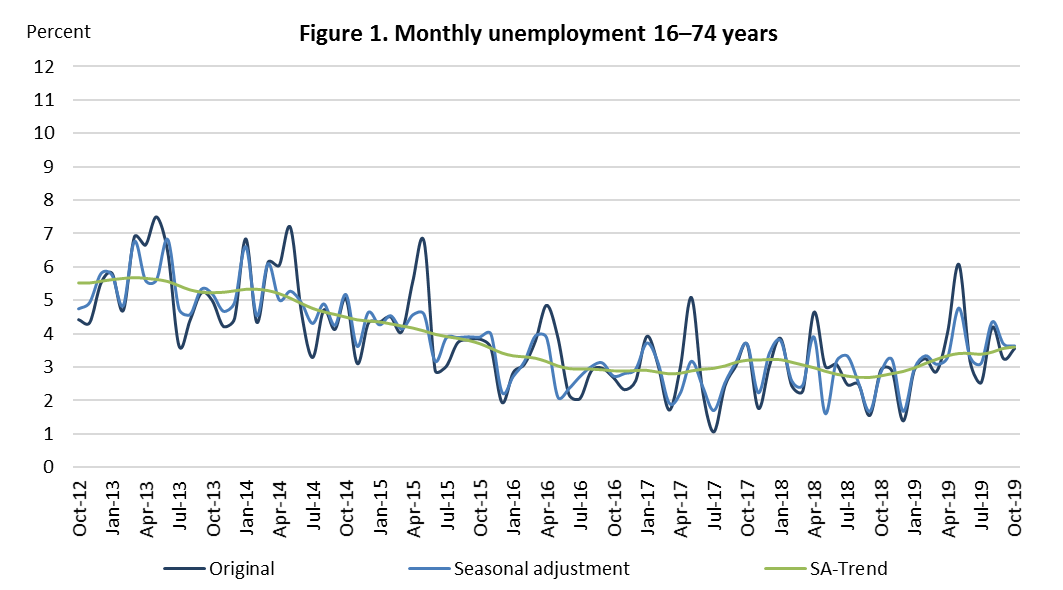 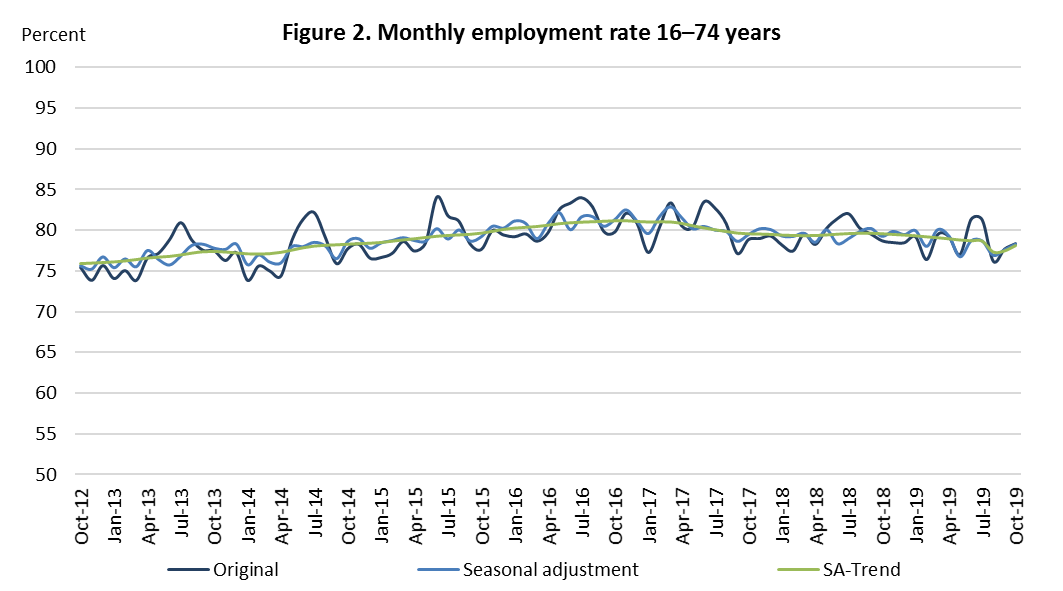 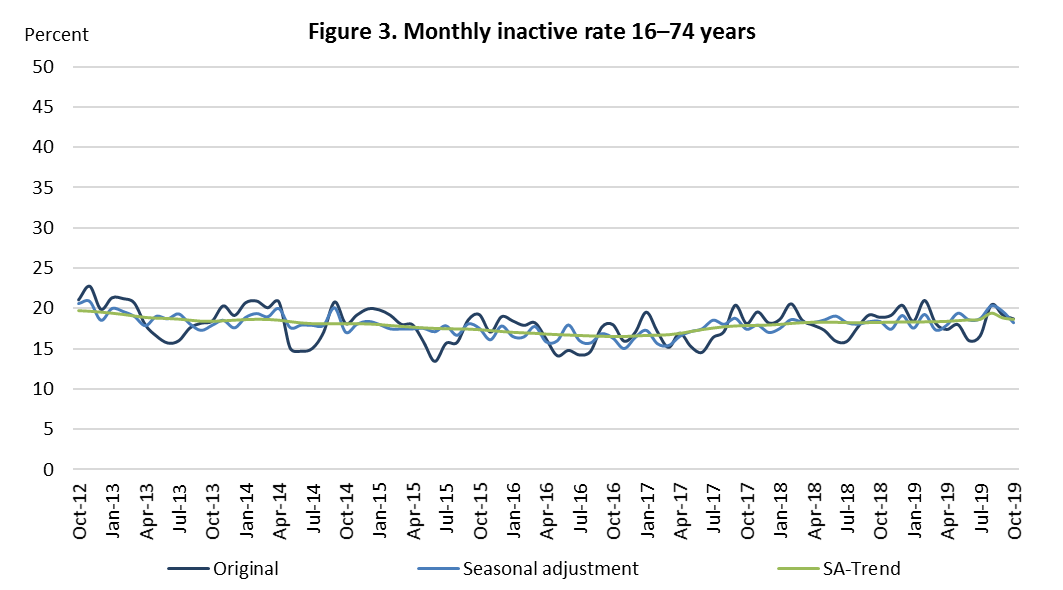 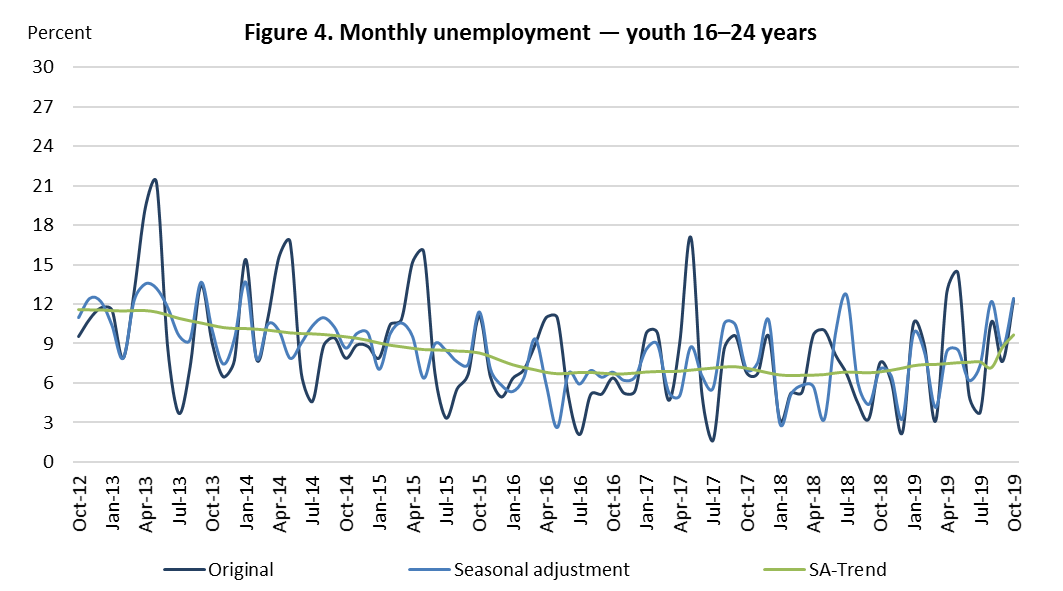 About the data
The labour market survey in October 2019 covers four weeks, from October 6th to November 2nd, 2019. A random sample of 1,528 persons aged 16–74 years who were domiciled in Iceland were randomly selected from the National Registry. Excluding those who were deceased, or who were resident abroad, the net sample was 1,501 individual. A total of usable answers were obtained from 943 individuals corresponding to 62.9% response rate.

Due to revisions of the production process of labor force survey the figures for July, August and September have not been temoporalyl disaggregated. Hence, these figures are preliminary until further notice.