Unemployment rate was 3.5% in September

It was estimated that 26,200 individuals had unmet need for employment (labour market slack) in September 2021, which is equivalent to 12.1% of the labour force and potential labour force. Of these individuals, 22.5% were unemployed, 28.4% willing to work but not looking, 7.5% in job search but not willing to work and 41.5% working part-time and wanting to work more. Compared with September 2020, labour market slack has decreased by 1.4 percentage points between years. The seasonally adjusted labour market slack has been stable over the past three months but has decreased by 0.4 percentage points over the past six months.

Please note that the sum of sub-items might be inconsistent with the overall results due to rounding. 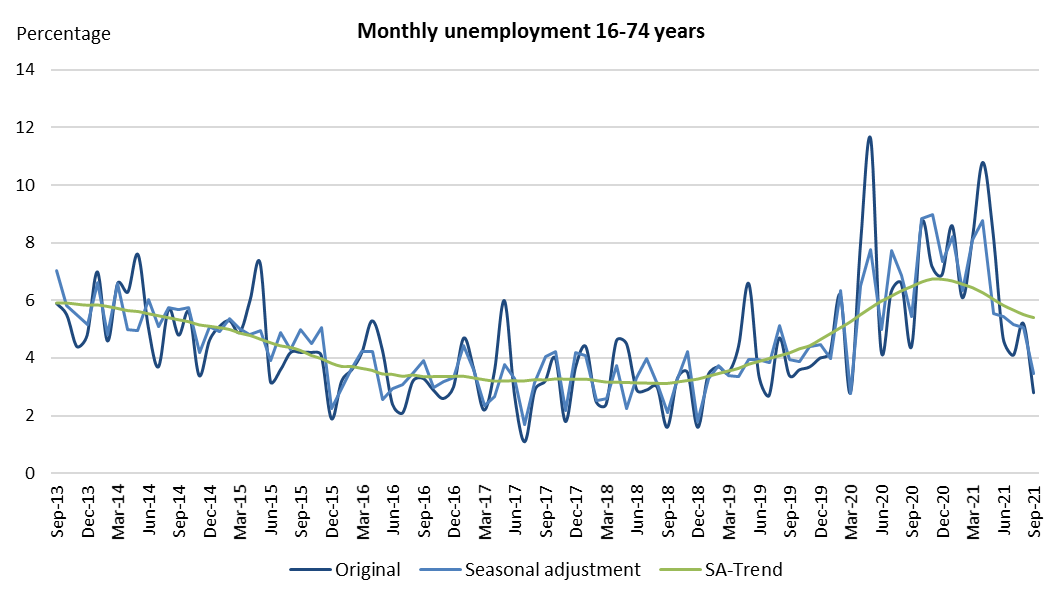 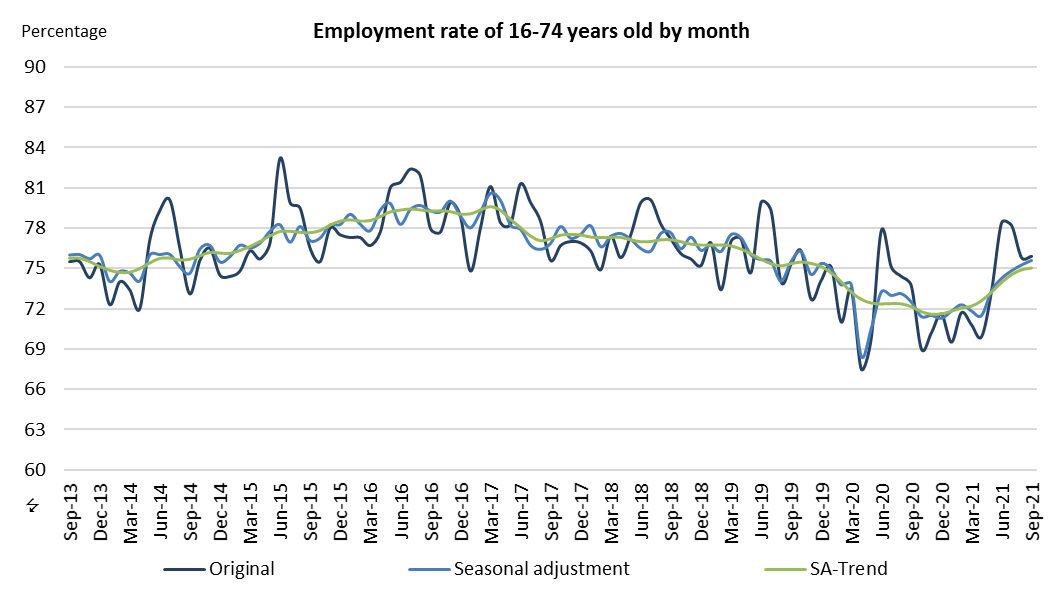 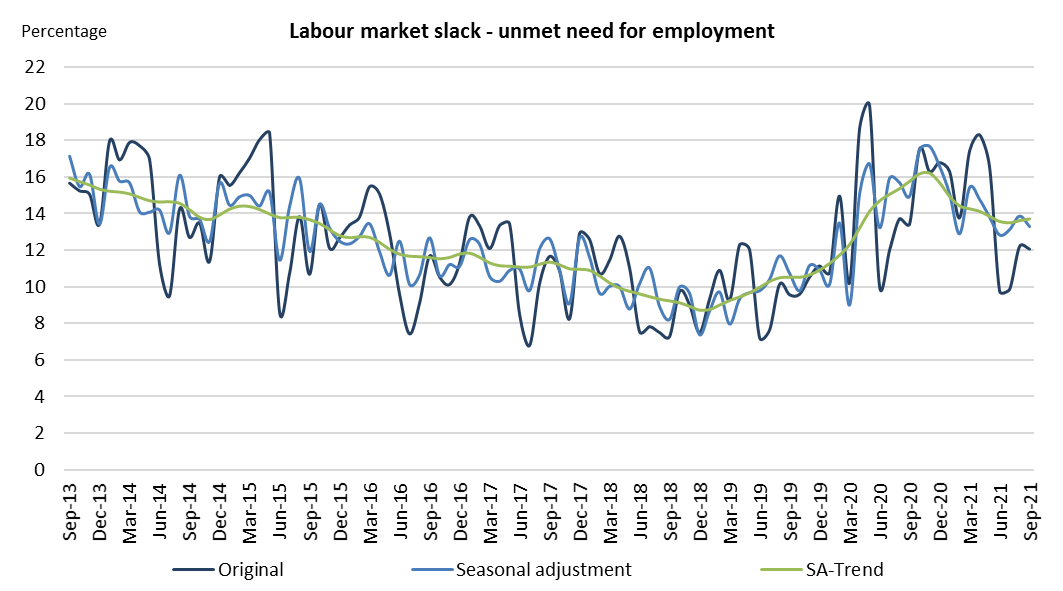 The main definitions used in the IS-LFS are:

Unemployed: Individuals who were without work during the reference week i.e., did not work (for one hour or more) as an employee or self-employed, but are currently looking for work and can start work within two weeks or have found a job that to start within the next three 3 months. Individuals who are not in work but are studying are classified as unemployed if they meet the above criteria. Students, including those who seek a study contract in the field of industry, are therefore only considered unemployed if they have searched for work along their studies or future work in the past four weeks and are ready to start work within two weeks from the time the survey was conducted.

Unemployment: Unemployment is the proportion of those who are unemployed of the labour force.

Employed: Employed persons are classified as those respondents who worked one hour or more in the reference week or were temporarily absent from the work which they are usually hired to do.

Employment: Employment is the proportion of those who are employed of the population 16 to 74 years old.

Activity rate: Activity rate is the proportion of those who are unemployed and employed of the population of people aged 16 to 74.