Seven per cent fall of media revenue in 2018

In the wake of the financial collapse in the fall of 2008 there was an appreciable slump in revenue of the media (i.e. newspapers, magazines and other periodicals, radio and television and web media). Between the years 2007 and 2010 the revenue of the media declined nearly 30%, measured in fixed 2018 prices. Since, there has been a slight increase. The decline was more serious in revenue drawn from advertisements than in users’ fees and revenue related to direct sale to customers. Revenue derived from advertisements have fallen 30% in real prices since its peak in 2007. At the same time, revenue from users has decreased 7% (see figure 1). 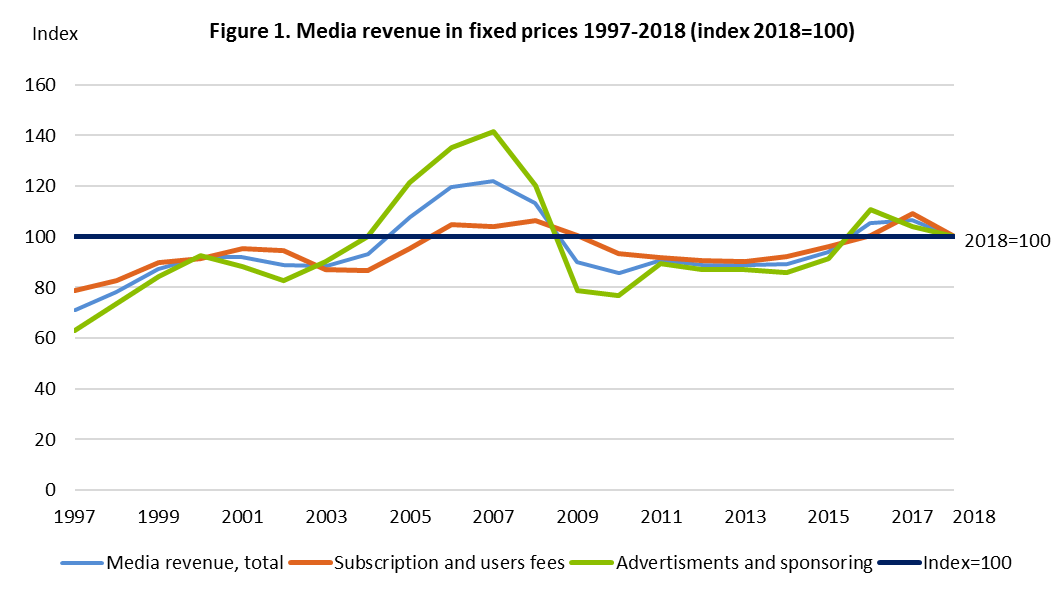 The fall in the revenue of the media is manifested differently between different kinds of media. Newspapers and magazines have suffered more severe fall in revenue than other media, which can be explained by changes in media consumption. The revenue of newspapers (i.e. dailies and weeklies) has fallen about 17% since 2016, measured in 2018 prices, and halved since they were highest in 2006. Revenue of magazines and other periodicals increased by 14% between 2017 and 2018. Radio revenue increased by one per cent between the years, while revenue of television dropped by 9% and revenue of the web media grew by four per cent (see table 1).

New patterns in media consumption are partly captured in changed share of different media in the media revenue over time as shown in table 2. In 2018, nearly half of the revenue fell to television compared with 39% in 1997. Radio’s share changed only slightly between the years 1998 and 2017 or from 13 to 14 per cent. Magazines and other periodicals retained almost the same share of the market in 2018 and 1997, or seven and eight per cent respectively. Newspapers have suffered most badly of any single medium as their share dropped from 40 to 23 per cent over the same period. The share of the web media increased from one per cent in the year 2000 to 2007 to 7% in 2018. 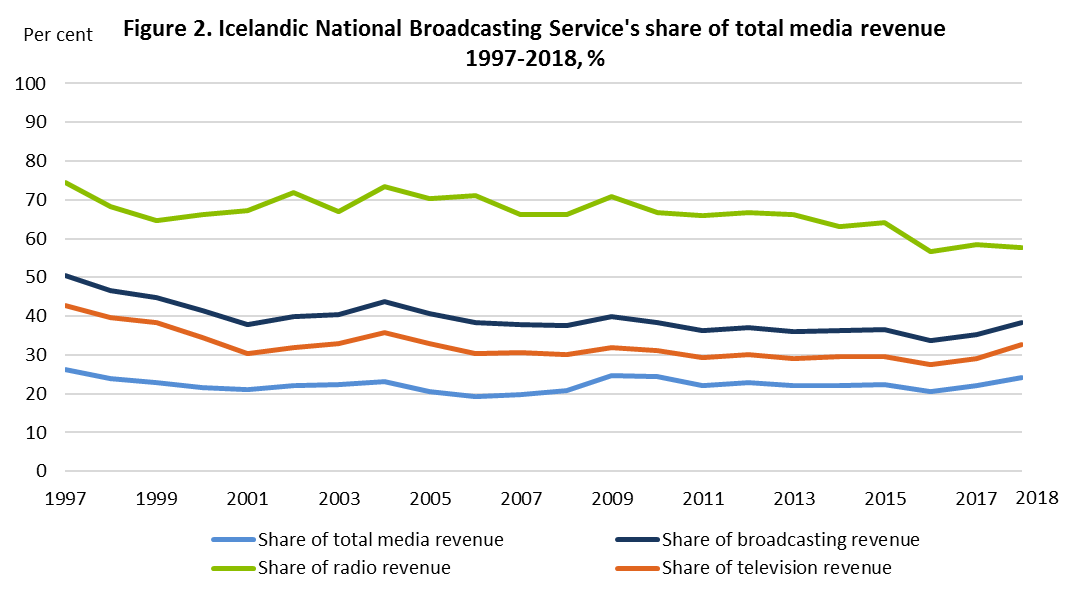 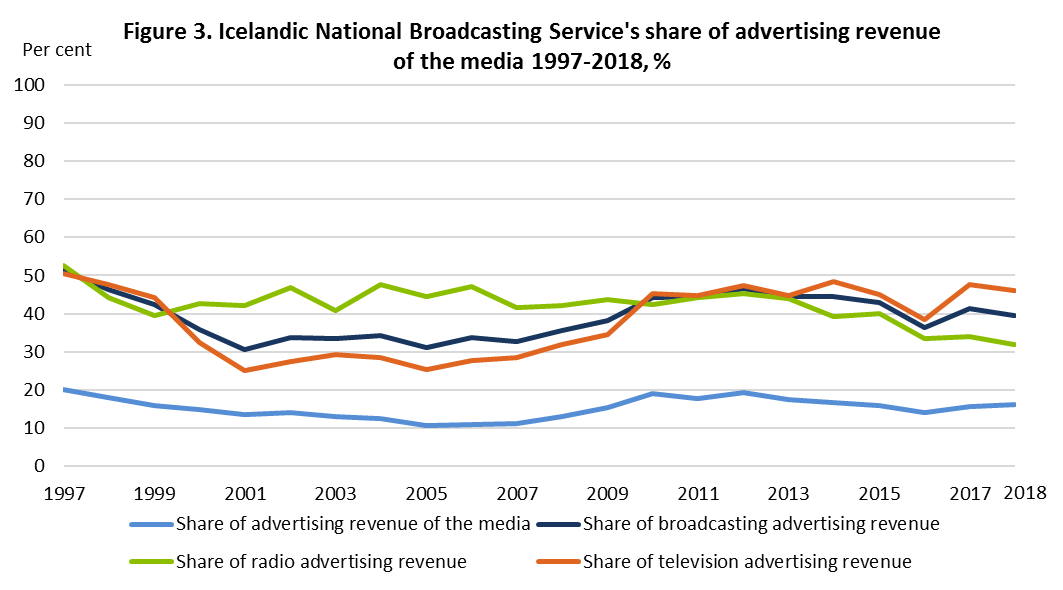 In 2018, five media companies and operators (including the public service broadcaster) retained 82% share of the total market. The share of the largest five was 93% in subscription and user fees and 74% of the advertising revenue of the media (see table 3).

If the public service broadcaster is exempted, the five largest private media companies retained 80% of the total revenue of the private media, 92% of subscriptions and user fees and 67% of the advertising revenue.