Close to 90% of the music sale through Spotify

Sale value of sound recordings from distributors increased 18% between the years 2018 and 2019. This is the fourth year in a row where the revenue has increased after almost continuous decline since around the turn of this century. Payments for streaming of music are responsible for the increase while at same time sale of CDs and LPs has decreased year by year over a long period of time. Almost 90% of the sale value in 2019 was due to payments to streaming services. The recession in sale of CDs and LPs is manifested in fast decreasing number of releases. 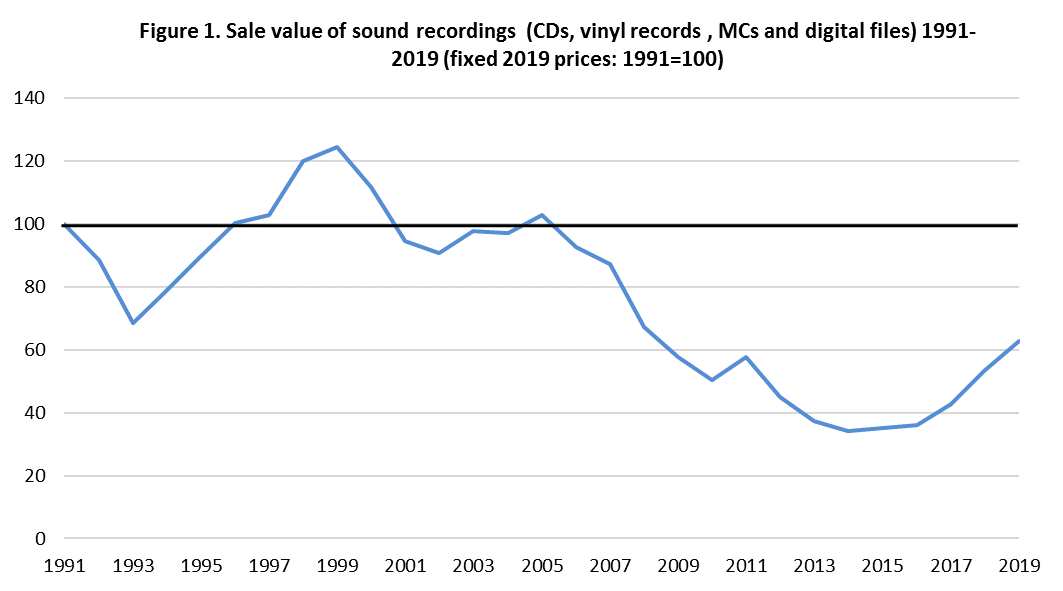 For many years, releases and sales of CDs and LPs have been falling fast. The number of released titles on CDs and LPs decreased sevenfold between the years 2006 and 2019, or from 301 titles down to 41 (see figure 2). 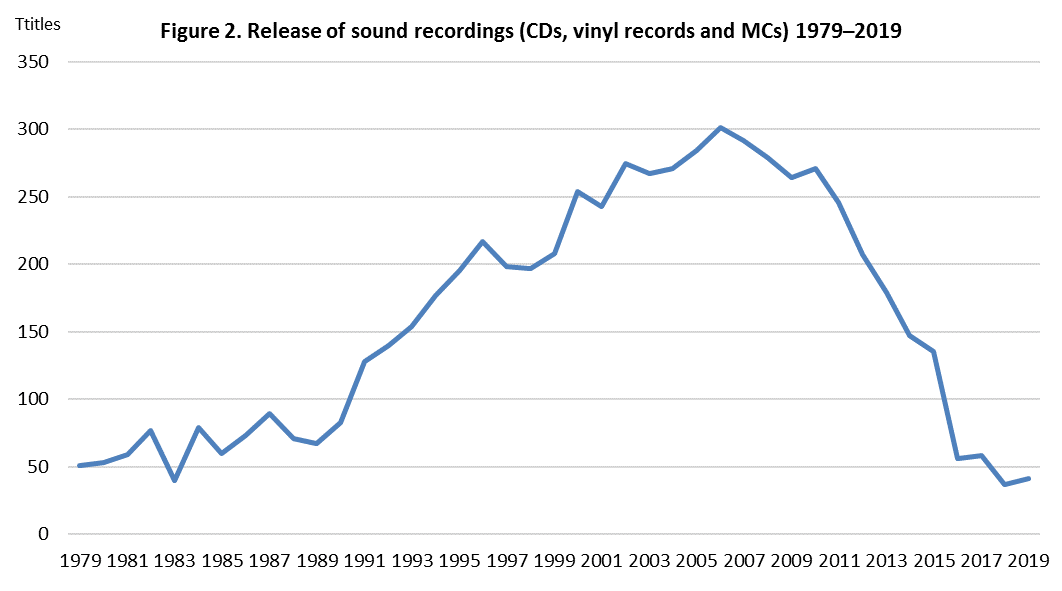 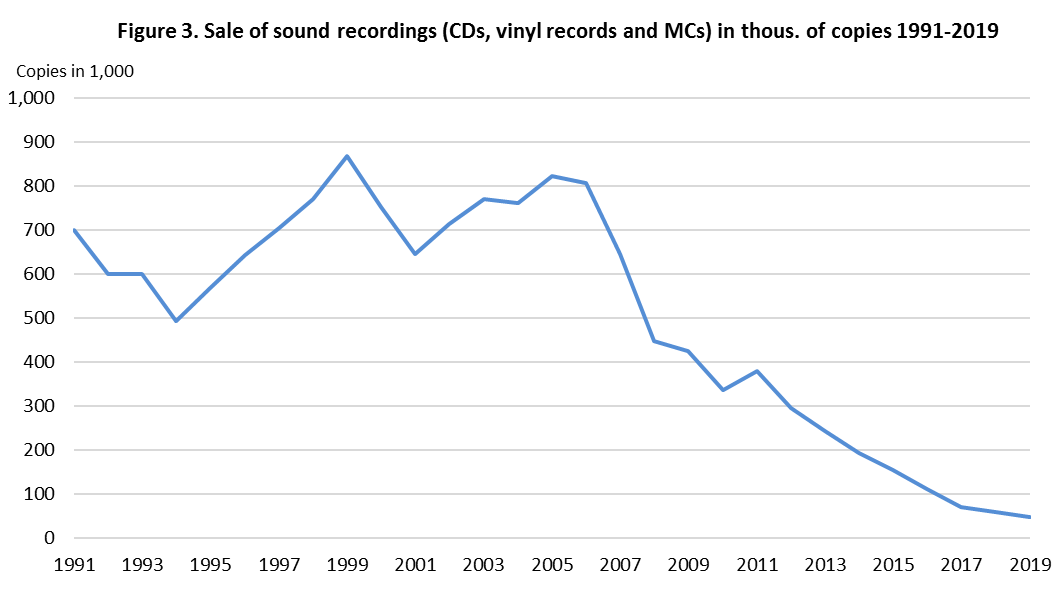 Fast growth of streaming revenue in the last few years has not fully compensated for the fall in revenue since around the turn of the century. In 2019, the total revenue was some 802 million ISK compared with 1,586 million ISK in 1999, calculated in fixed prices.

About the data
Information about sale of sound recordings are derived from the annual audit surveys of the IFPI Iceland. Included in the last year survey are all main producers and distributors of sound recordings. The share of Spotify on the market is an estimate.

Figures on the number of releases are derived from the Icelandic National Bibliography which is compiled by the National and University Library of Iceland. The inventory is based on information provided from producers and distributors. The database is dynamic in the sense that a revised edition appears regularly, which means that figures, especially from in more recent years, will change with new incoming information. Figures presented here date from 10th February 2021. Releases of CDs, vinyl records and MCs are listed in the database. Information about releases of digital files of music is not available.