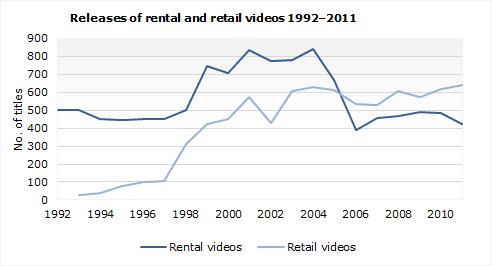 US productions are by far the most visible in the market, equally of rental and retail titles, or about some eight out of every ten titles released every year. In more recent years, the origin of released titles has become gradually more varied, especially with the increased number of European titles, and not the least domestic ones. 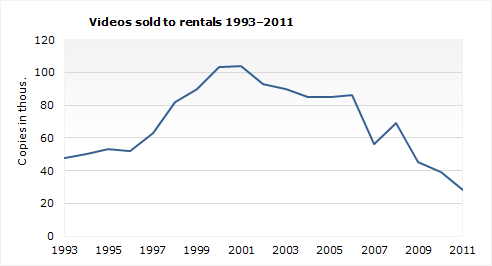 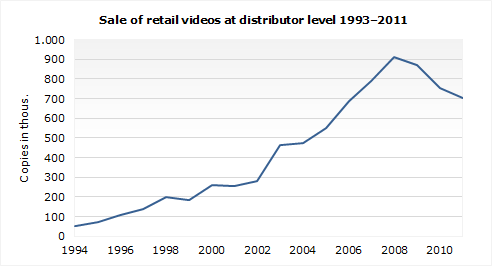 About the data
Statistics Iceland collects annually information from the main distributors of rental and retail videos. The number of transactions of rental videos and the volume of sale of retail videos at the consumer level are estimates based upon various sources, them amongst are Myndmark, a joint organization of rental video rights holders and rentals, and Screen Digest.