Disposable income of the household sector in 2018 increased by 7.6% from the previous year, while per capita income increased by 4.8%. Measured in real terms, purchasing power per capita, increased by 2.0%.

Households’ total income increased by 8.1% from the previous year. Thereof, total compensation of employees increased by 9.1%, operating surplus from sole proprietorship by 6.6% and current transfers received increased by 10.9% whereas property income decreased by 10.5%. 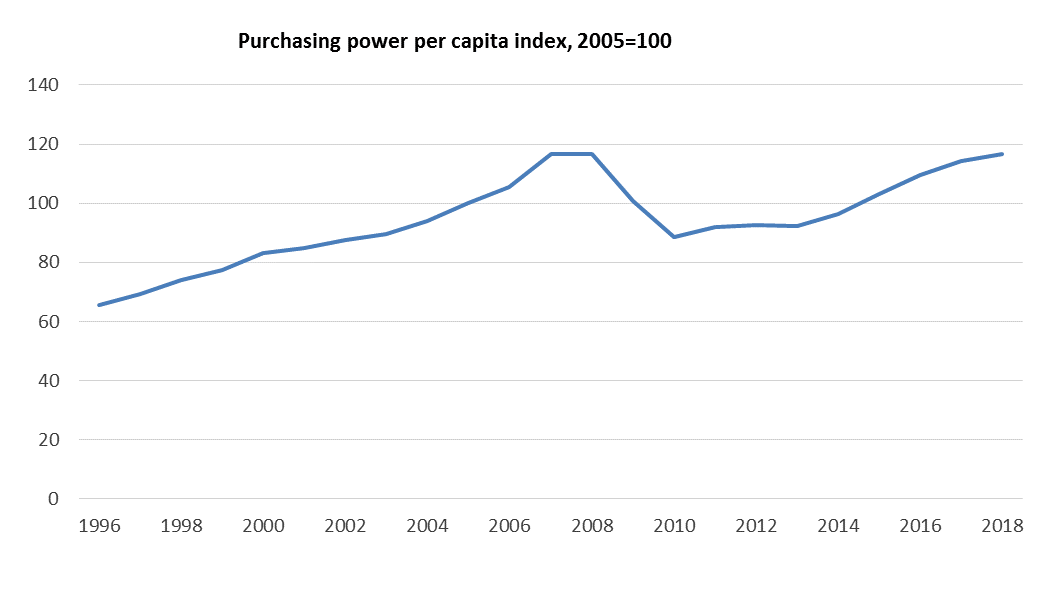 Previously published figures for operating surplus from owner occupied dwellings have been revised for the year 2017. The National Accounts unit at Statistics Iceland undertakes periodic revisions when final figures have been established. The most affected item category in households’ final consumption was owner occupied dwellings and insurance benefit payments in compensation for damages. This revision took place when data on rental prices were obtained through statistics on income and living conditions, a survey conducted by Statistics Iceland.