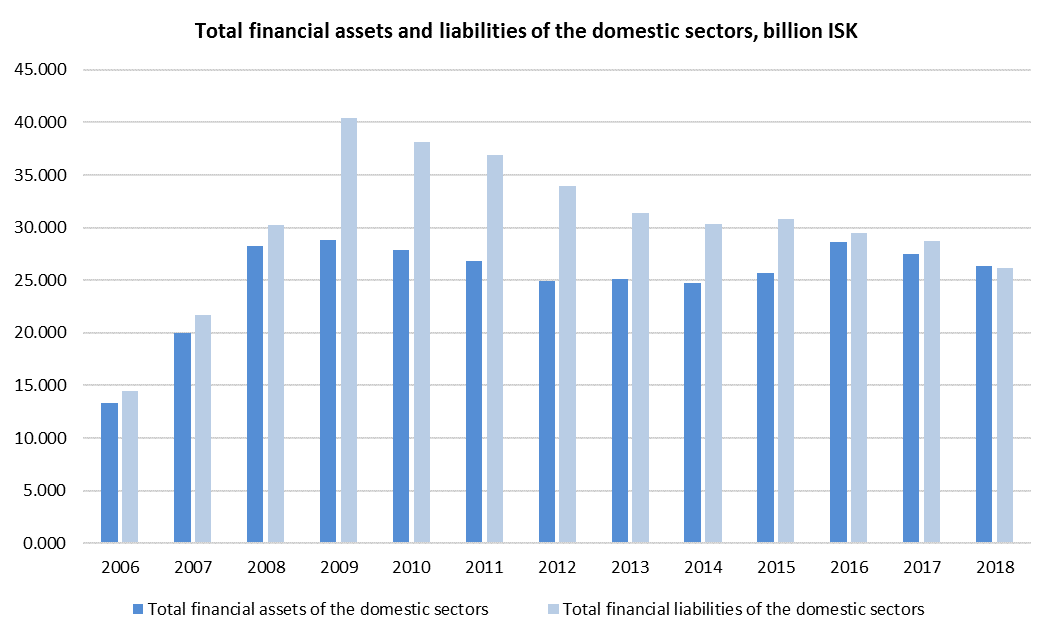 Financial assets of non-financial corporations stood at 4,081 billion ISK according to initial estimates and decreased by 7.6% from the year 2017. However, financial liabilities stood at 7,736 billion ISK, increasing by 1% between years.

Total financial assets of financial corporations stood at 13,281 billion ISK, decreasing by 0.6% between years. However, financial liabilities were 14,215 billion ISK and lowered by 1.7% from the year before.

Statistics Iceland, in collaboration with the Central Bank of Iceland, is currently working on improving the methodology of financial accounts. An overview of the main changes can be found below. At this time we are only presenting the changes in the year 2017 according to the new methodology. A revision of the years prior to 2017, including an extension of the time-series all the way back to 1997, will be completed next year and published in September 2020.