Please note that this press release was corrected 5 March 2019 at 15:30 pm. The correction is due to an error in gross fixed capital formation deflators in Q4 2018, and thus the effect is also reflected in the figures for 2018 as a whole. Figures in current prices are unchanged.

Statistics Iceland has made changes to quarterly national accounts releases in order to improve compliance with international requirements, as well as our service to domestic and foreign users. From now on quarterly national accounts will be published within two months from the end of the reference period, about 1-2 weeks earlier than before. Instead of the traditional Statistical series format, results will be presented in a substantial news release. 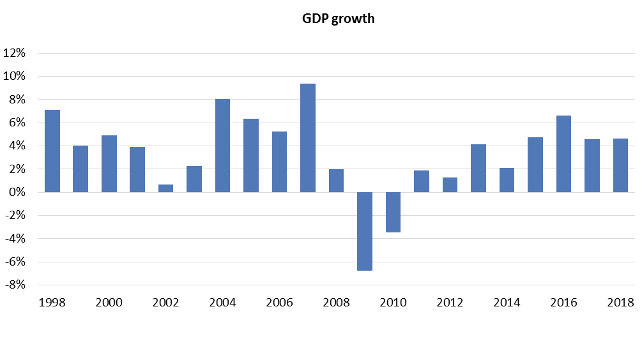 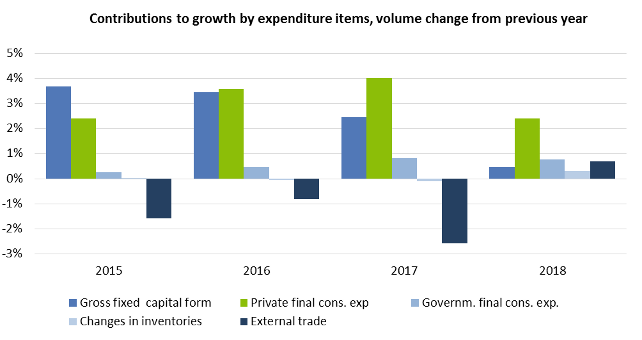 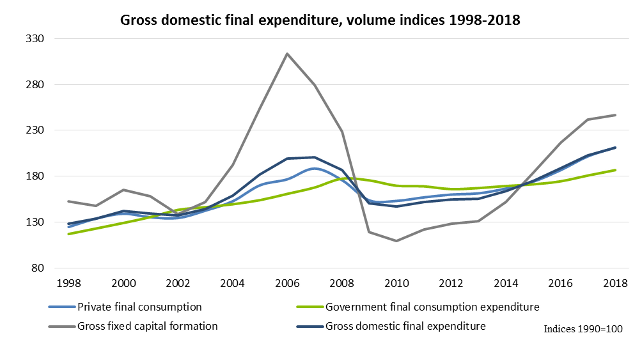 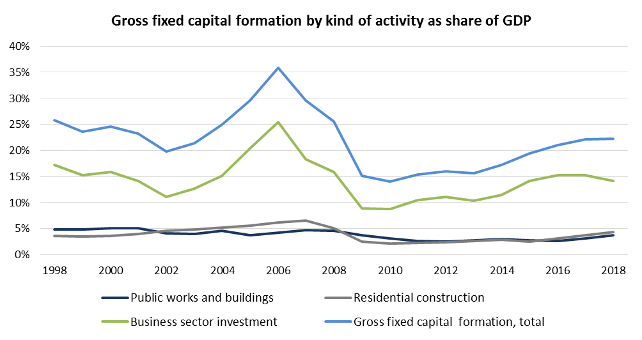 General government investment increased by 21.2% in 2018, which is the same growth rate as in 2017. Strong government investment growth in the 4th quarter of 2018, as well as in the year as a whole, can partly be explained by the transfer of Hvalfjörður road tunnel from Spölur ehf to the state. The transfer of the tunnel was in accordance with the original concession contract from 1995 which stipulated that the state would acquire the asset together with the associated structures at the end of the contract period, free of charge. As from the 4th quarter of 2018 the asset is recorded on the government’s balance sheet through GFCF based on a preliminary valuation and matched by capital transfer revenue, with no impact on government net lending/borrowing. The impact on total GFCF is also non-existent as the increase in public investment is matched with a corresponding decrease in business sector investment. 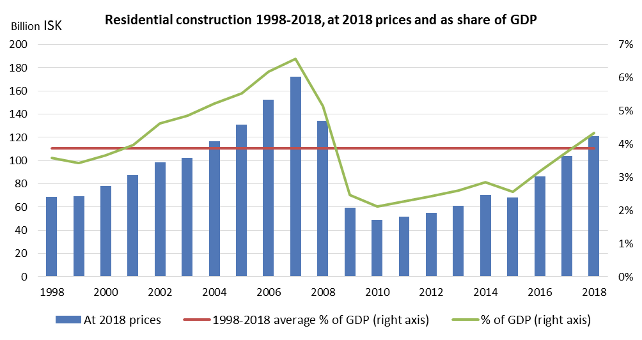 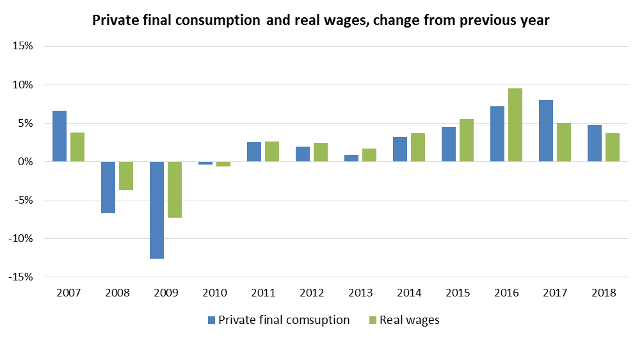 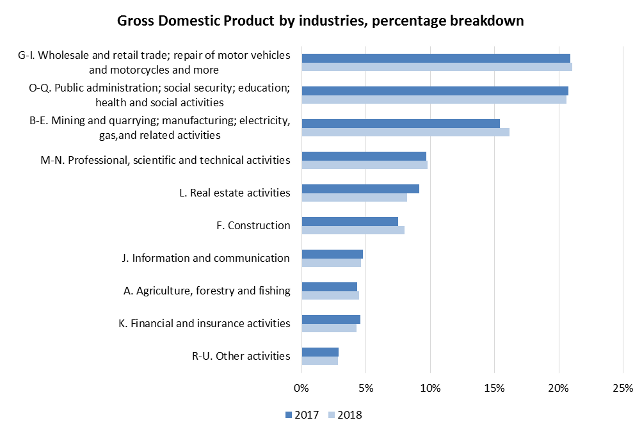 Revised figures
The general rule for revision of Icelandic national accounts is that when the annual figures are published, in March and September, the results of the previous three-year period are open for revision. Other published figures are considered final but time series can be revised if necessary. In accordance with this revision policy, we now publish revised results for the years 2015-2017 parallel to the first estimates for 2018. The following graph presents a comparison of previously published and revised GDP growth figures: 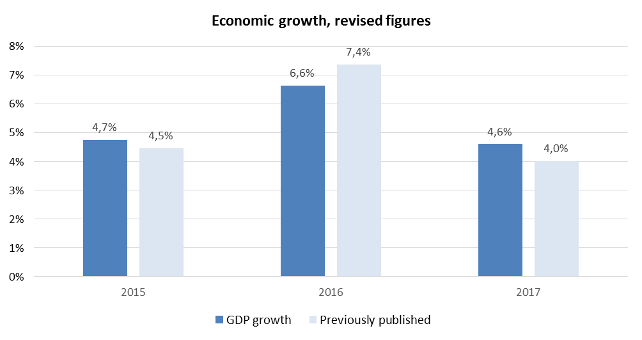