Increase in disposable income of the household sector by 4.9% in 2012 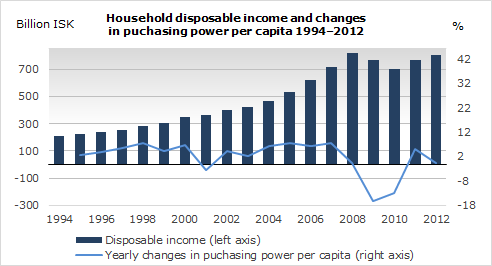 There have been some revisions in the data for 2011 since the last publication. Notably, data on financial assistance from local governments and taxes on income and wealth has been revised for 2011 due to availability of more accurate figures.