Net financial worth of households continues to increase 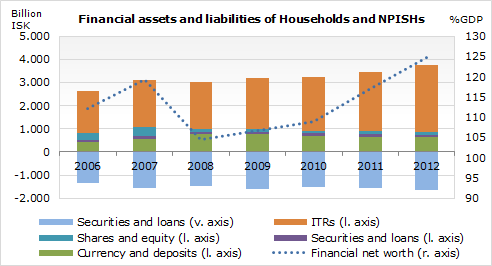 According to the data, total financial assets of non-financial corporations stood at 6,113 billion ISK at the end of 2012, which equals a 9.7% increase from previous year. During the same period liabilities decreased by 1.5% and were 8,256 billion ISK, respectively. These results are preliminary and will be revised in March 2014, incorporating new tax data of the year 2012. 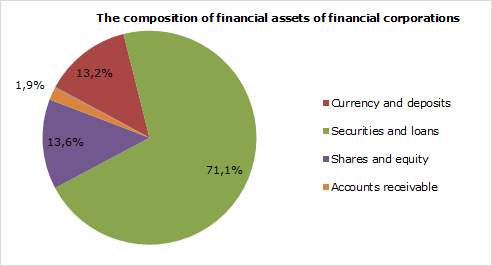 Foreign sector’s holdings of financial assets in Iceland stood at 13,096 billion ISK at the end of 2012, and had decreased by 4.4% from previous year. The largest part of foreign sector´s holdings were securities and loans of the amount of 11,738 billion ISK, mostly on account of liabilities of financial corporations in winding-up proceedings towards foreigners in the aftermath of the 2008 financial crisis.

The Icelandic financial accounts on stocks are compiled on non-consolidated basis, that is, all financial interactions between sectors and subsectors are presented on gross basis. Data on securities and loans are recorded on book value, as it appears in the balance sheets of the financial institutions.