General Government deficit 8.2% of GDP in the first quarter of 2021

In the first quarter of 2021, the financial balance of the general government (i.e. the central government, the social security funds and the local governments) is estimated at 58.1 billion ISK in deficit or amounting to 8.2% of quarterly GDP.

Overall, general government revenues are estimated to have increased by 13.6%, compared to last year’s corresponding quarter, of which the increase in tax revenue is 12.7%. Publicly owned financial companies have agreed to pay dividends in the amount of ISK 7.9 billion in the year 2021 and are recognized as income in Q1. No dividend payments from publicly owned financial companies were paid last year.

Impact of Covid-19 strong in 1st quarter
Impact from Covid-19 on public finances are still strong in the first quarter reflecting the negative financial balance. This includes, in particular, an increase in the Unemployment Insurance Fund's expenditures due to increased unemployment, quarantine wages, special sports and leisure grants for children and special measures in the labour market. Public expenditure on transfers to companies has also increased, among other things due to the loss-of-income transfers and relief grants transfers, which amounted to around ISK 9 billion in Q1. 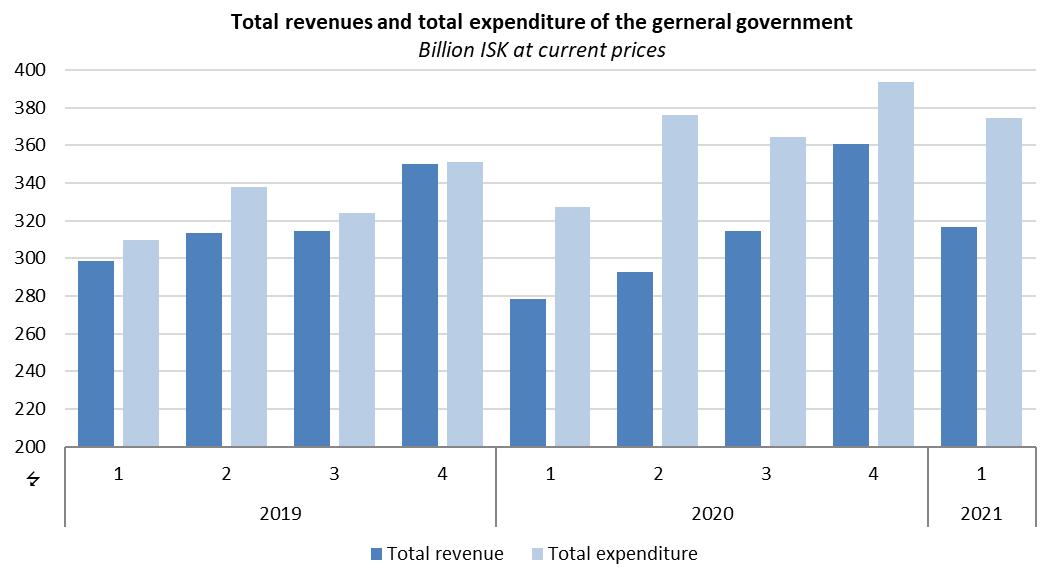 Figures on current health expenditure have been updated.