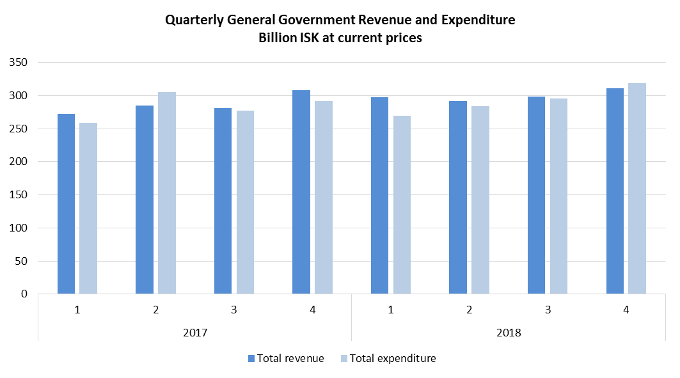 The central government total revenue is estimated 882.7 billion ISK in 2018, an increase of 3.8% from the previous year. Local government revenues increased by 6.7% and totalled ISK 354.3 billion in 2018. Social security contributions increased the most, by 9.3%, to a total of ISK 245.4 billion in 2018 according to the preliminary figures. 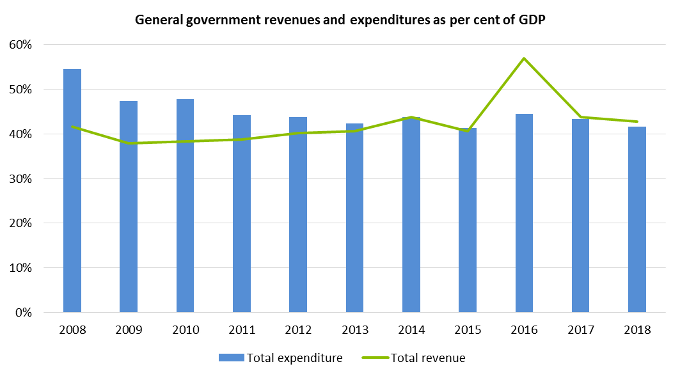 Taxes on income increased by 6.4%
Taxes on income is the largest revenue item in the general government accounts and generated 42.8% of general government revenue in 2018. In total, revenue from income taxes amounted to 513.4 billion ISK in 2018, increasing by 6.4% from the previous year. As a percentage of GDP, income tax was 18.3% in 2018. Taxes on goods and services increased somewhat less in 2018, or by 2.7% compared with the previous year. Taxes on goods and services were 28% of the total revenue in 2018, or 12% of GDP. 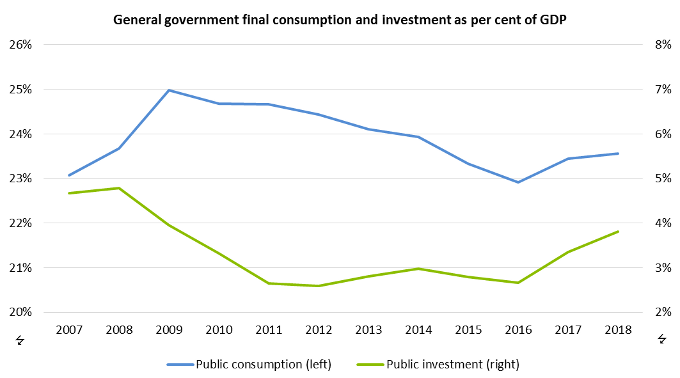 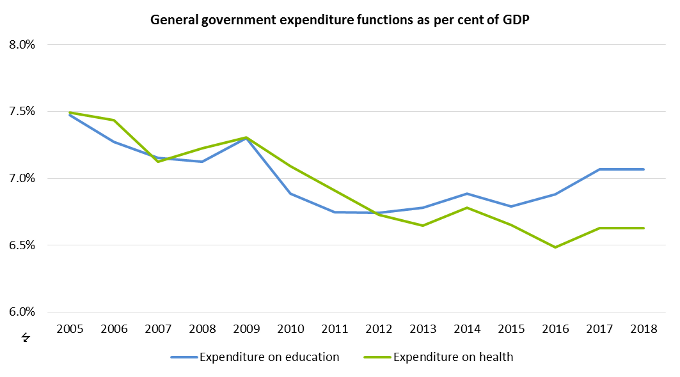 Government gross debt stood at 68.2% of GDP in 2018
General government financial assets amounted to 1,413 billion ISK at year-end 2018, 50.4% of GDP. Total government liabilities amounted to 1,913 billion ISK, or 68.2% of GDP, compared with 75.3% at year-end 2017. This is the seventh consecutive year that public liabilities, as a percentage of GDP, decline, reaching the lowest level in a decade. At year-end 2018, foreign loans are estimated at 4.5% of GDP, having decreased significantly in recent years. Domestic loans as a percentage of GDP have also decreased and were 8% of GDP at year-end 2018. Financial assets and liabilities are estimated based on cash transactions data and will be revised as more detailed data becomes available. 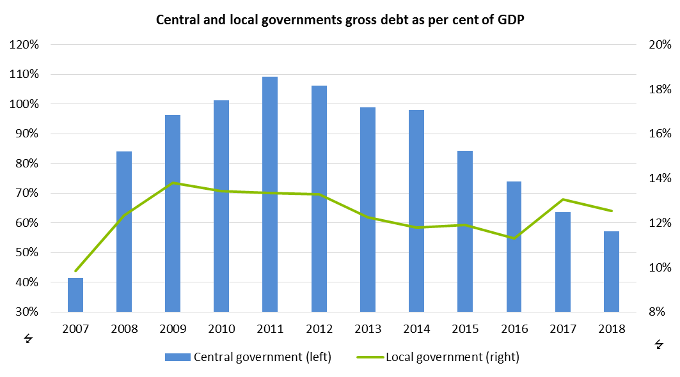 Statistics Iceland has made changes to government accounts releases. Instead of the traditional Statistical series format, results will from now on be presented in a substantial news release.

Go back
Use of this press release is free. Please quote the source.
For further information please contact fjarmal.hins.opinbera@statice.is, tel. +354 528 1100