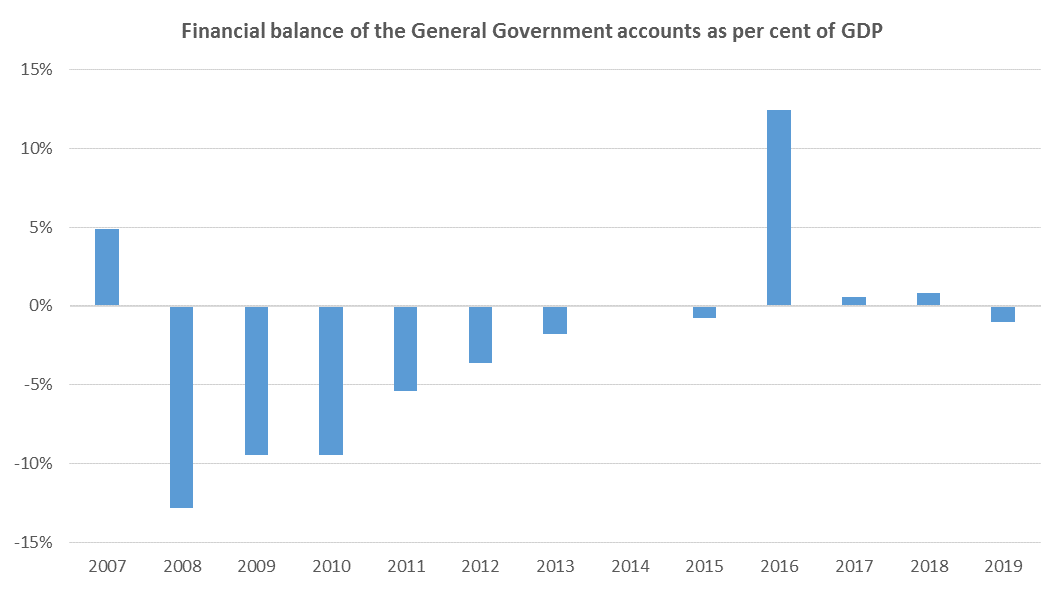 Revenue due to stability contribution for 384.3 billion ISK are included in 2016. Preliminary figures for 2019. 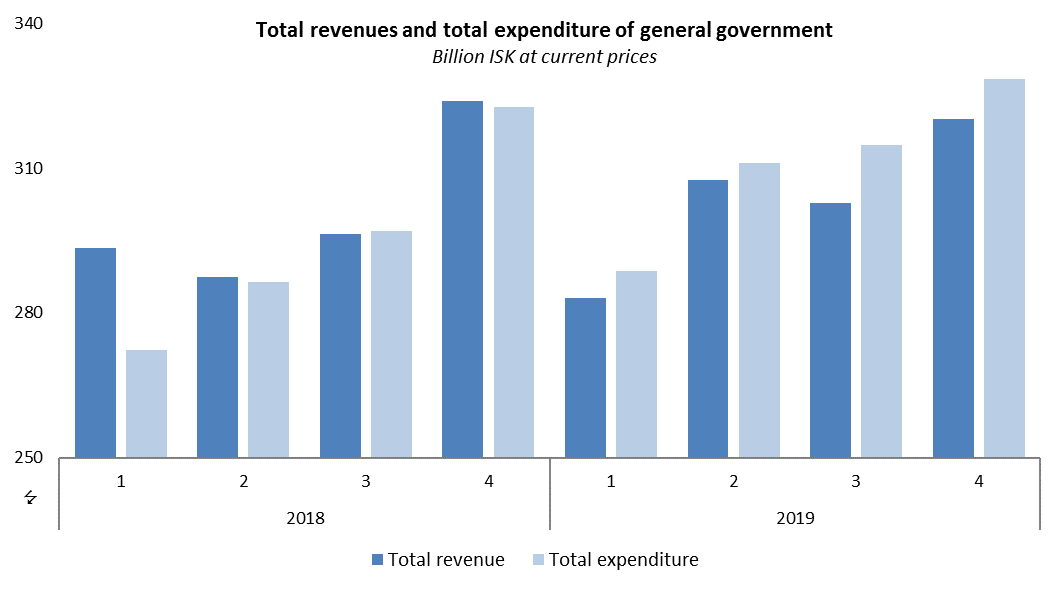 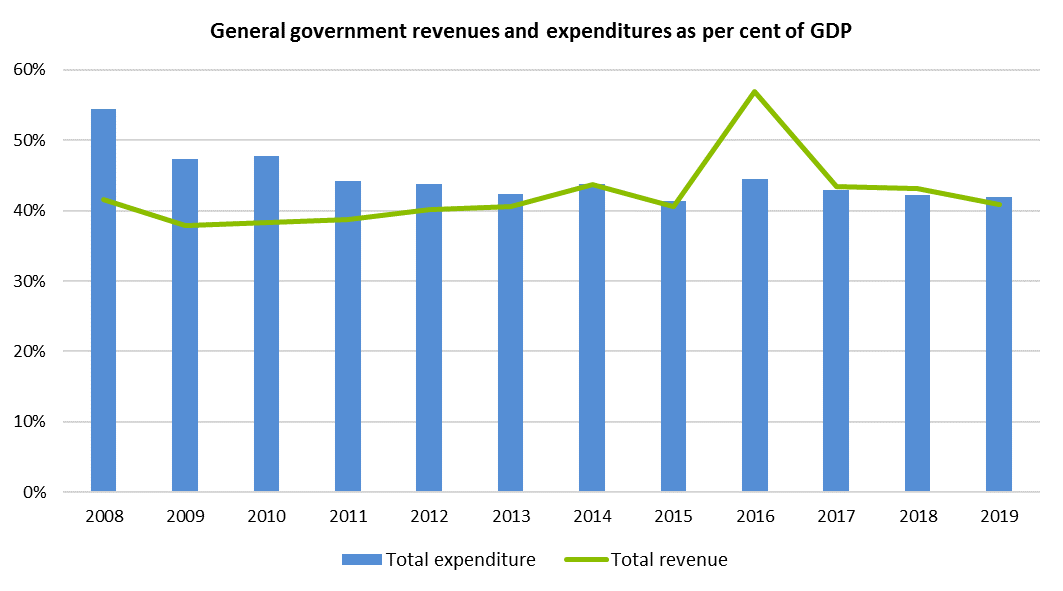 Revenue due to stability contribution for 384.3 billion ISK are included in 2016. Preliminary figures for 2019.

1 Revenue due to stability contribution for 384.3 billion ISK are included in 2016.
2 Preliminary figures.

Taxes on income increased by 3.6% in 2019
Taxes on income are the largest revenue item in the general government accounts and are estimated to have generated 43.7% of the general government revenue in 2019. In total, revenues from income taxes amounted to 530 billion ISK in 2019, increasing by 3.6% from the previous year. Total income taxes in 2019 amounted to 17.9% of the year’s GDP. Taxes on goods and services increased somewhat less than income taxes in 2019, or by 1.6%, and contributed 28.6% of the total revenue (11.7% of GDP).

1 Revenue due to stability contribution for 384.3 billion ISK are included in 2016.
2 Preliminary figures.

Public consumption expenditure (i.e. wages and salaries, use of goods & services and depreciation) amounted to 721.9 billion ISK or 24.3% of GDP in 2019, an increase of 7.8% compared with the year before. Wages and salaries expenditures increased by 6.3% in 2019 and investment expenditure decreased by 14%, continuing an upward trend observed in the last few years with a 3.6% share of GDP last year.

Social transfers to households increased by 16.7% in 2019, and were 7.4% of GDP compared with 6.8% in 2018. This increase is largely due to increasing expenditure in pensions insurance and unemployment benefits. Interest expenditure have decreased significantly over the last two years and are estimated to have decreased by 30% since 2017. As a percentage of GDP, interest expenditure was 2.4% in 2019, compared with 3.9% in 2017. 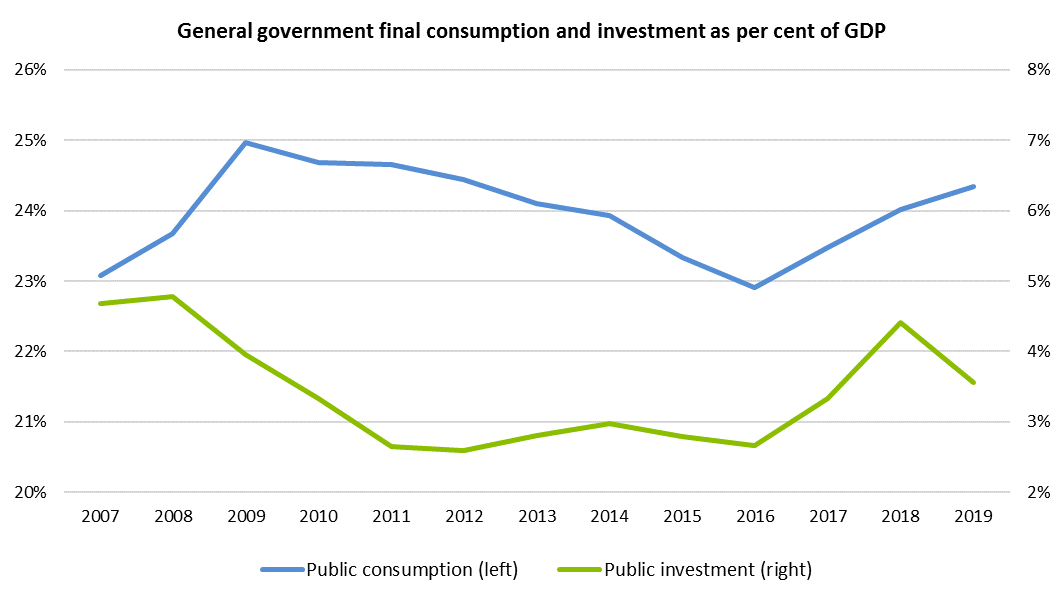 The significant growth in public investment in 2018 can partly be explained by the transfer of the Hvalfjarðargöng road tunnel from the private limited company Spölur to the central government. Preliminary figures for 2019. 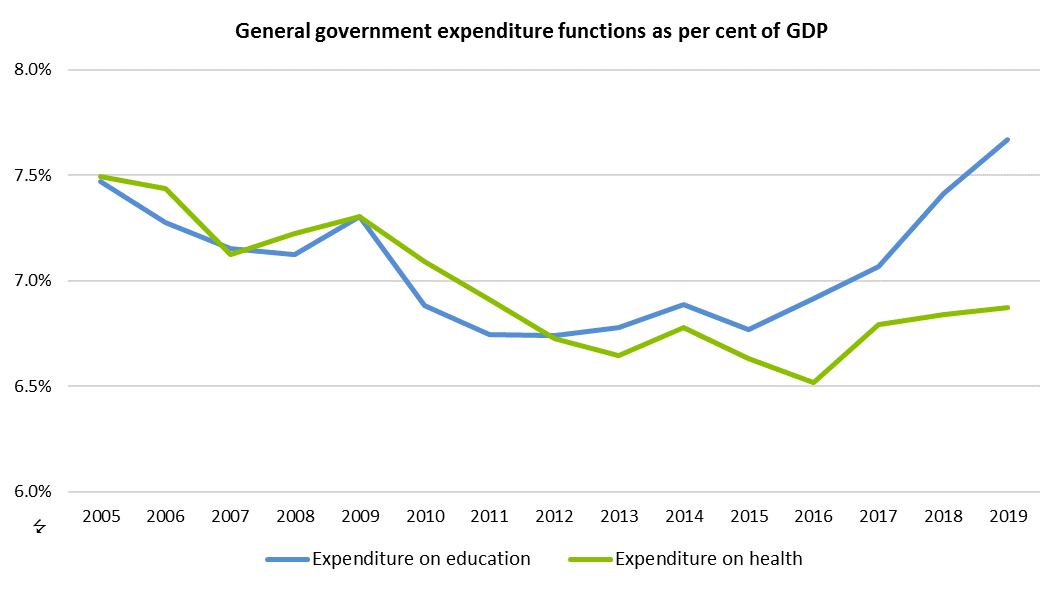 At year-end 2019, foreign loans are estimated at 6.4% of GDP, having decreased significantly in recent years. Domestic loans as a percentage of GDP have also decreased and were 8.7% of GDP at year-end 2019. Financial assets and liabilities are estimated based on cash transactions data and will be revised as more detailed data becomes available. 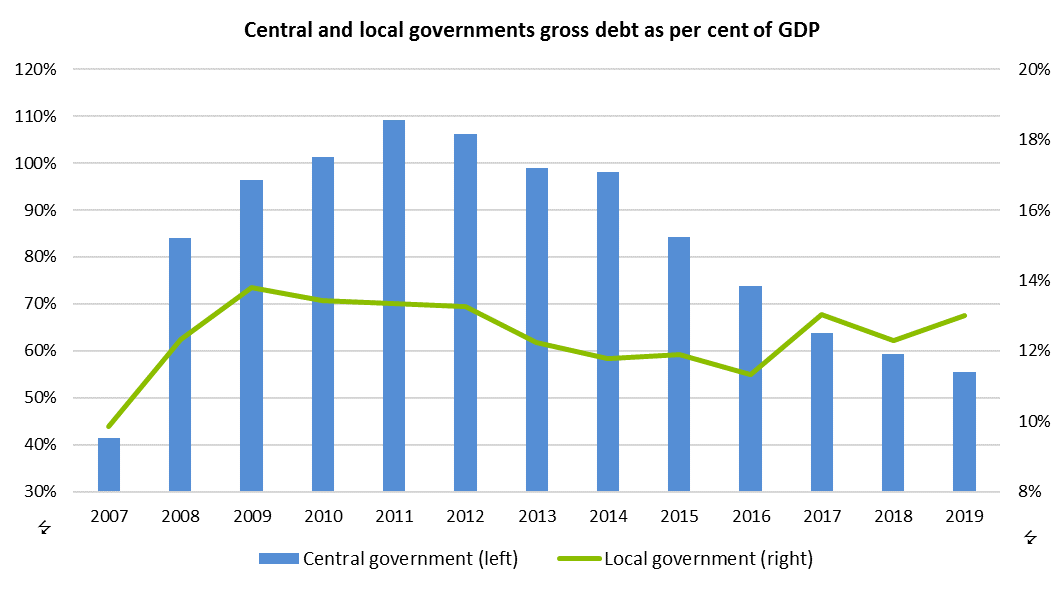