When comparing amounts as a share of GDP it should be noted that GDP contracted in real terms by 6.5% in 2020. 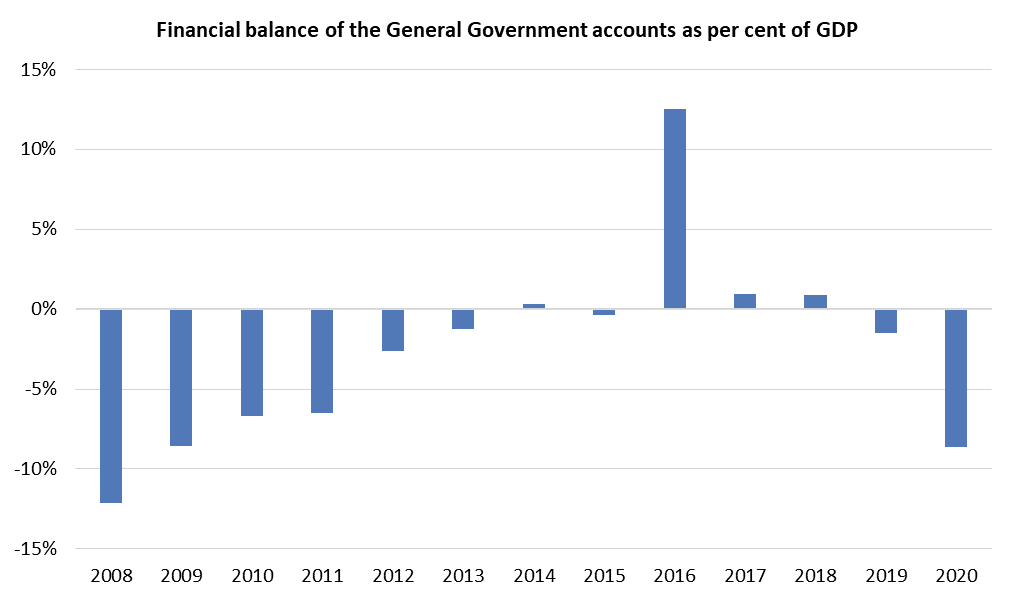 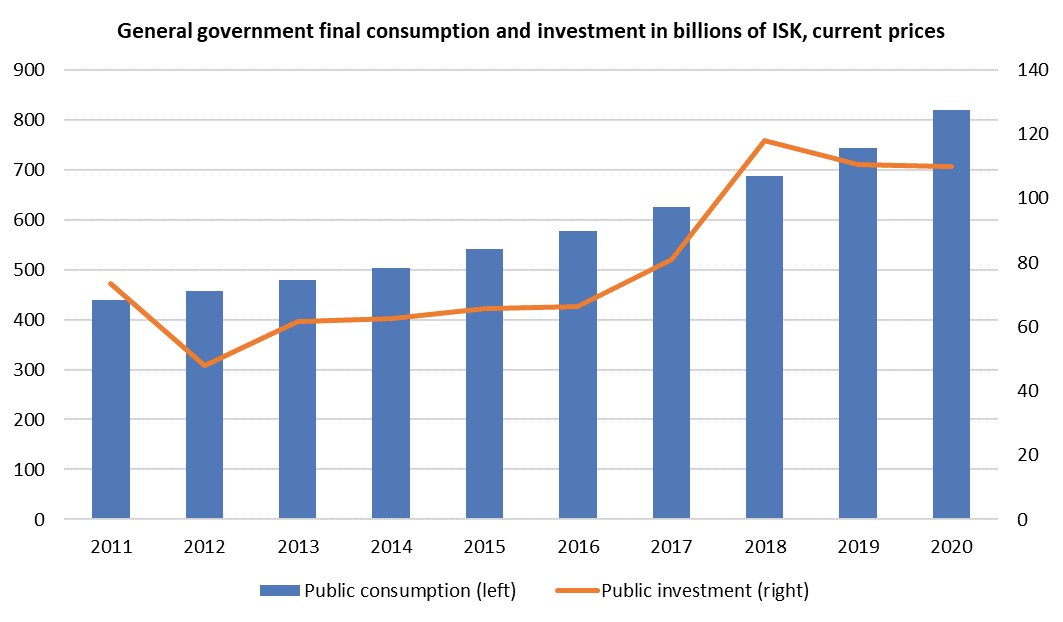 The significant growth in public investment in 2018 can partly be explained by the transfer of the Hvalfjarðargöng road tunnel from the private limited company Spölur to the central government. 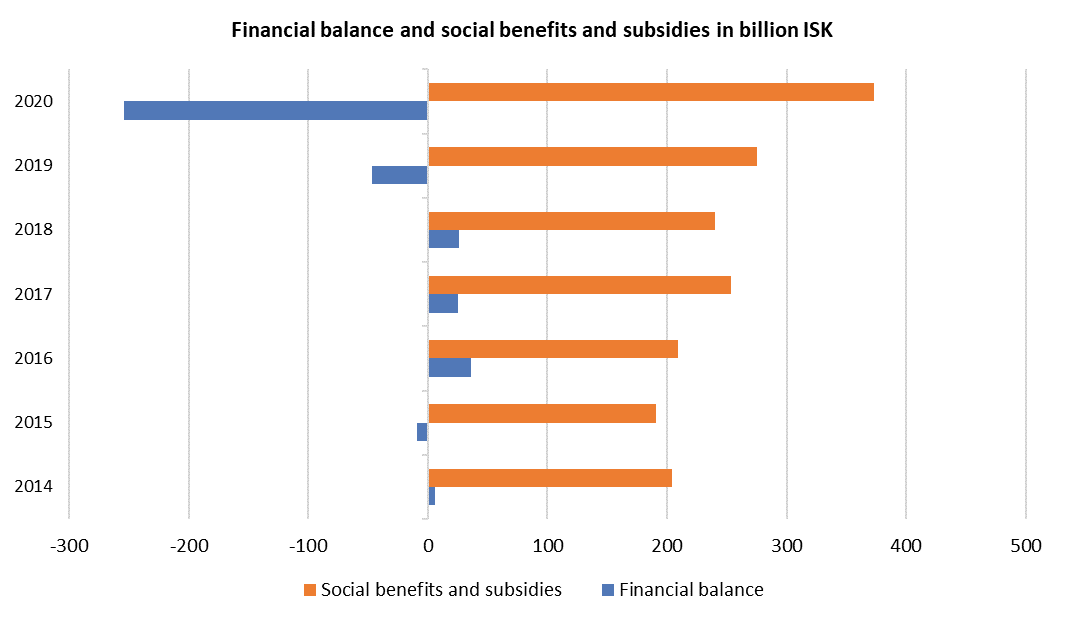 Adjustments have been made for irregular items in 2016, ie. stability contribution for 384.2 billion ISK from the winding-up estates of failed financial institutions and a charge of 105.1 billion ISK due to the transfer of capital from the central government to the Pension Fund for State Employees.

The second largest function in public administration is health, which accounted for 17.1% of total general government expenditure in 2020. A total of 241.1 billion ISK went to health during the year, or 8.2% of GDP for the year. This is an increase in expenditure of 7.6% of GDP from the previous year at current prices, which is a slightly smaller increase than was estimated in the provisional issue of public finances last March. 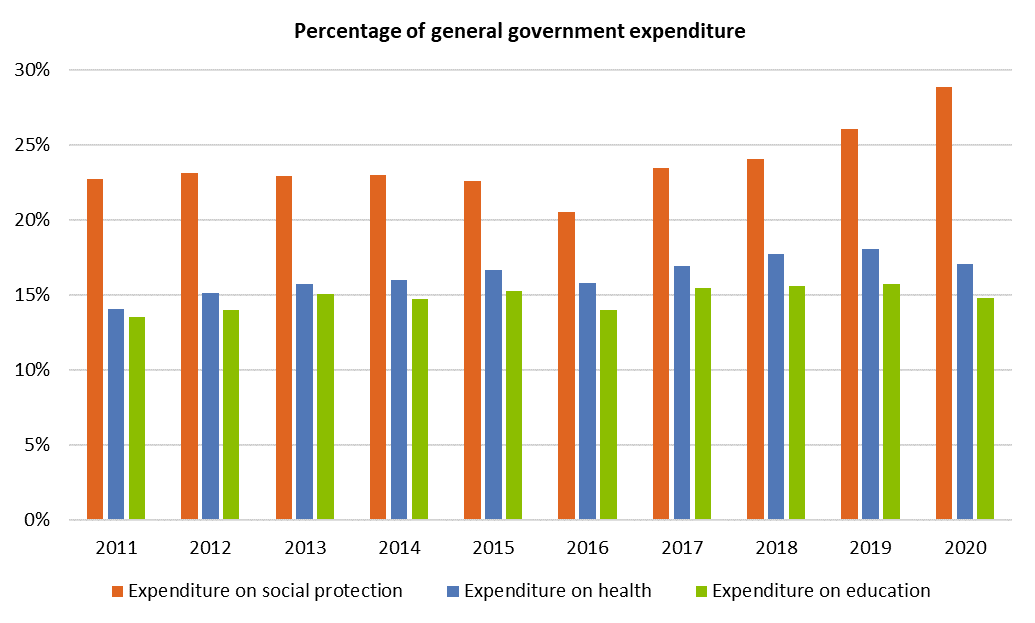 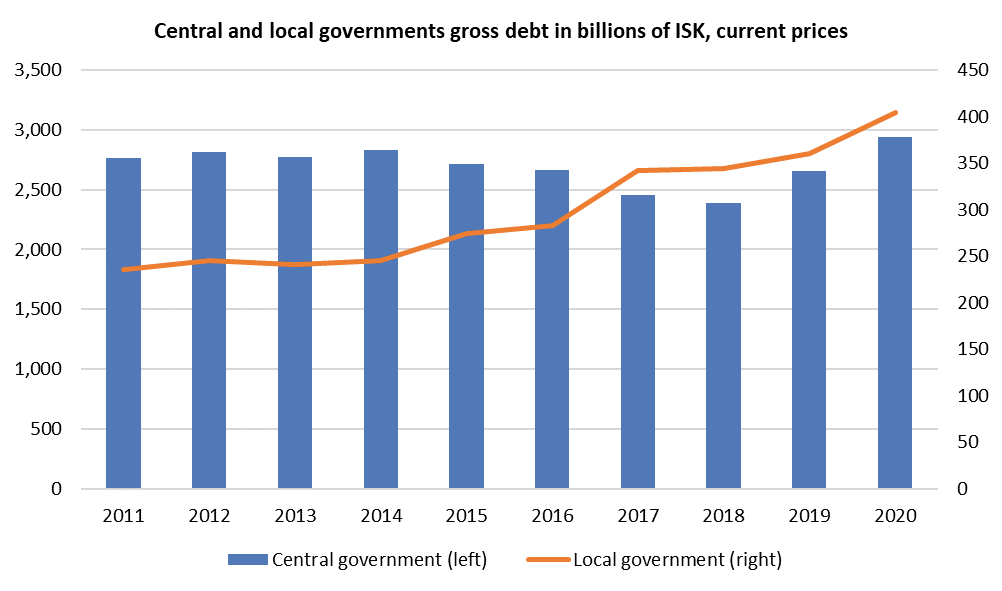