In the second quarter of 2021, the financial balance of the general government (i.e. the central government, the social security funds and the local governments) is estimated at 88.2 billion ISK in deficit, amounting to 11.1% of quarterly GDP.

Overall, general government revenues are estimated to have increased by 6%, compared with last year’s corresponding quarter, of which the increase in tax revenue was 7.2%. Revenues from taxes on income, profit and capital gains increased by 8.4% during the same time. 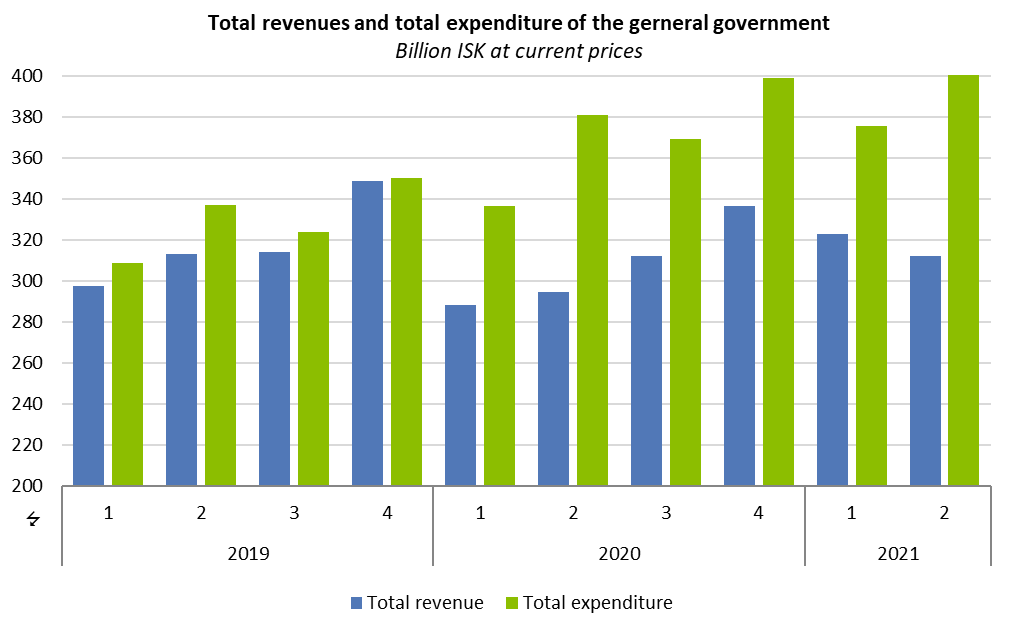 Covid-19 still had an effect in the second quarter
The Covid-19 pandemic continued to have an effect on public finances in the second quarter, reflecting the negative financial balance. The effect was mainly reflected in the Unemployment Insurance Fund's expenditures, increased public expenditures due to transfers to companies, the loss-of-income transfers and relief grants transfers which amounted to around 5.2 billion ISK in the second quarter. Various government measures were still active in the 2nd quarter of 2021, including business closure grants, travel gifts, quarantine payments, child benefit supplements and the “Everybody works” campaign, a temporary increase in VAT refund rate. 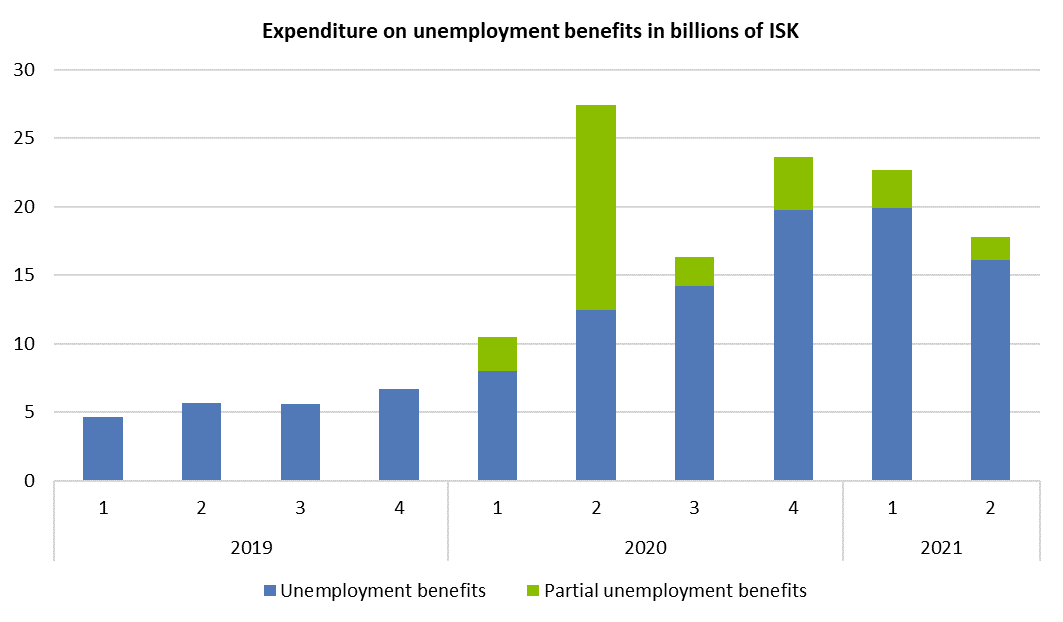