In 2018, 2.8% of people in Iceland were inconvenienced by crimes in their neighborhood. This proportion has been similar at around 2% each year from 2013, except for the years 2009 and 2010 when it was approximately 4%. These are among the results of the Icelandic version of the European Union Survey on Income and Living Conditions. The results are based on respondents’ answer to whether or not they were inconvenienced by crime, violence or vandalism in their area. 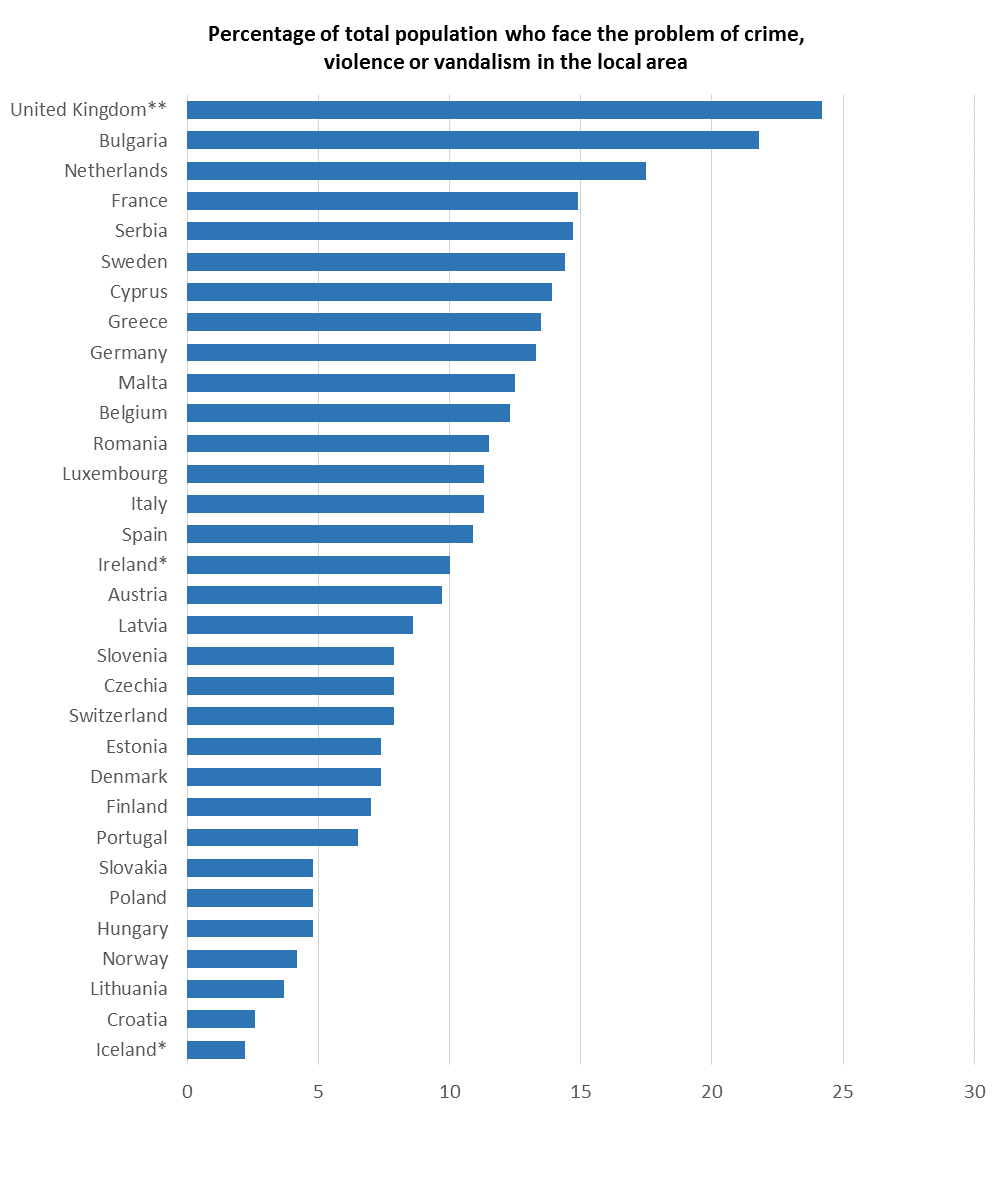 65+ less likely to experience crime
A noticeable difference is between age groups with regards to experiencing crimes in their neighborhood. In 2018, about 1.1% of people older than 64 had been affected by crimes in their neighborhood compared with 4.5% of 25-34 year olds. From 2004 to 2018, there was an evident relationship between income and being affected by crime. In 2018, less than 2% of the top income quintile had experienced crimes in their local area compared with 5% in the lowest income quintile. In general a higher percentage is usually observed for the lowest income group.

Eight in every hundred experience pollution
Approximately 7.6% of Icelanders experienced pollution, grime or other environmental problems in their local area in 2018. This percentage has been relatively stable from 2016, while it was at its highest point in the years 2007 to 2011 when it was around 10% year on year. Compared with other European countries, three have a lower percentage for the year 2018; Croatia (6.3%), Sweden (6.4%) and Ireland (6.5%). In the same year, the percentage was highest in Malta (29.7%) followed by Germany (24.8%).

About the data
The results are based on the Icelandic version of the European Union Survey on Income and Living Conditions (EU-SILC). The EU-SILC is a longitudinal survey where roughly 5 thousand households in Iceland are contacted every year. The results for 2018 are preliminary.

Go back
Use of this press release is free. Please quote the source.
For further information please contact Anton.Karlsson@statice.is, tel. +354 528 1281