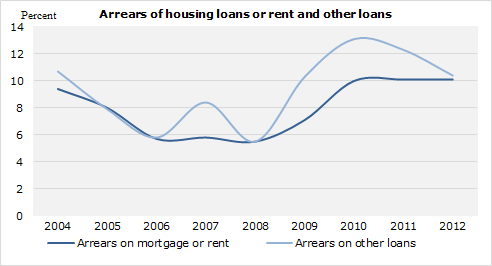 In 2012 48,2% of households found it difficult to make ends meet and just below 36% of households could not meet unexpected expenses of 157,000 ISK with the usual household budget. In general, the number households in financial difficulties decreased between years for the first time since 2008. 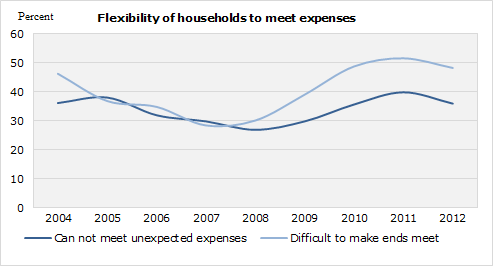 Statistics Iceland has published an issue in the Statistical Series about household finances in Iceland 2004 to 2012.

Implementation
The results are from The European Survey of Income and Living Conditions (EU-SILC) but the survey is conducted in all EU-countries, Iceland, Norway and Switzerland. The sample for the 2012 survey was 4,347 households. After excluding those who are deceased and residing abroad the net sample was 4,018 households. Responses were received from 3,091 which is a 77% response rate. The data collection period was from March to May 2012.