This trend does not appear to be in other European countries. Compared with the Nordic countries, the proportion is similar to that of Sweden, but much higher than in the other Nordic countries. In 2018, the ratio was 15.2% in Sweden, 6.0% in Norway, 9.2% in Denmark and 7.3% in Finland. 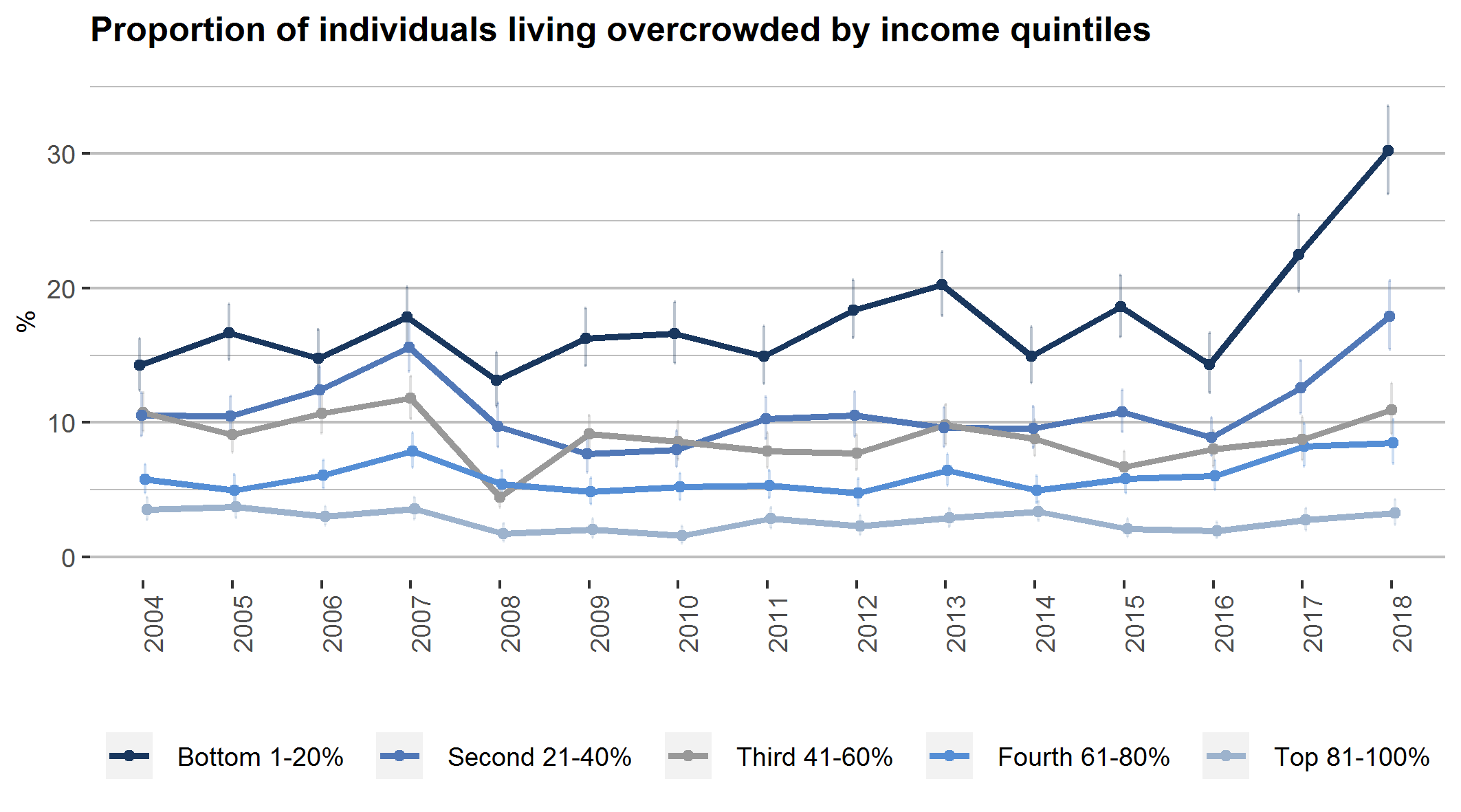 This is among the new findings from Statistics Iceland on Income and Living Conditions (EU-SILC). The results are based on individuals’ responses regarding problems with roof leaks, damp or rot in walls, floors or windows. If the answer is affirmative, they are considered to live in poor housing conditions. 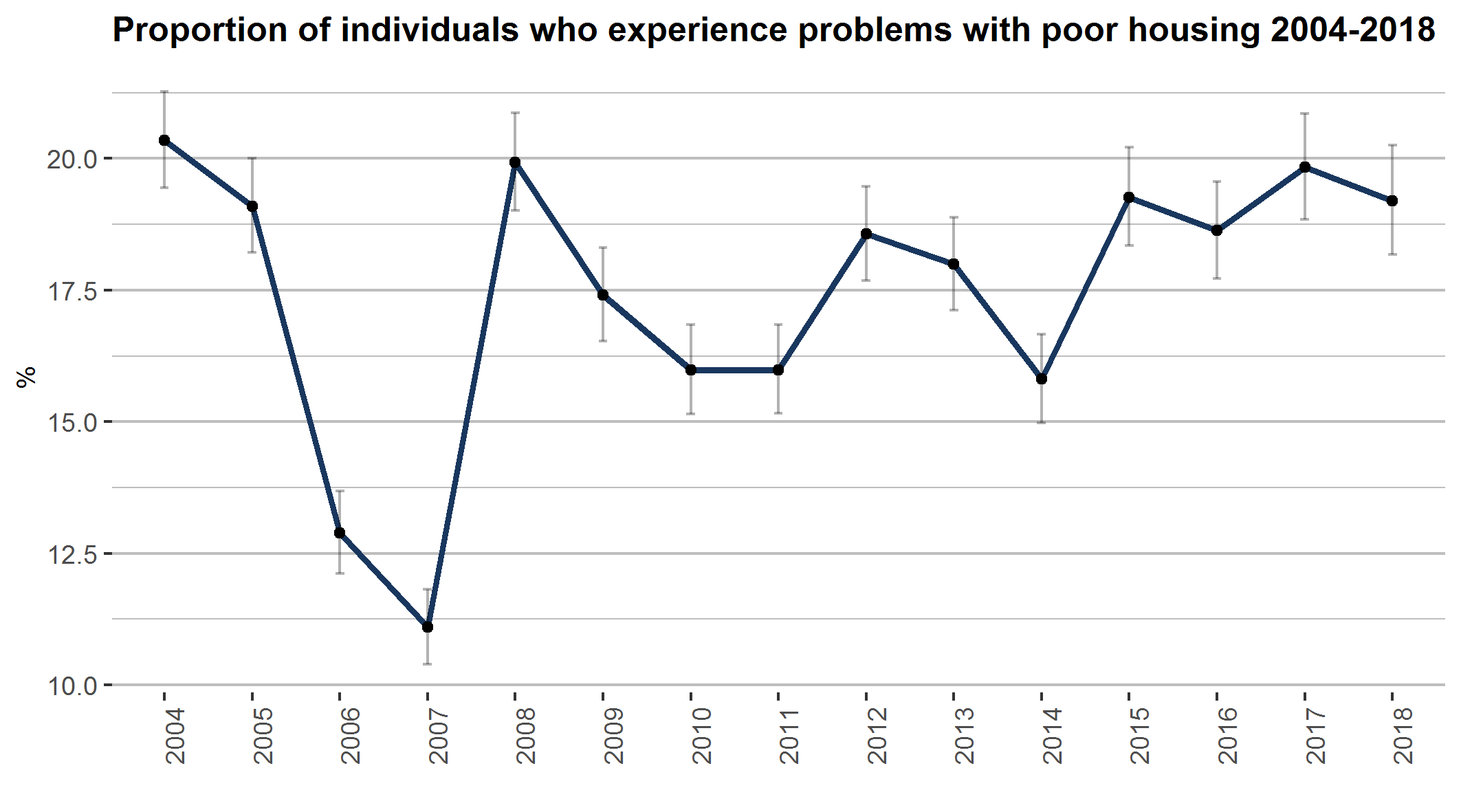 About the data
The results are based on the Icelandic version of the European Union Survey on Income and Living Conditions (EU-SILC). The EU-SILC is a longitudinal survey where roughly 5 thousand households in Iceland are contacted every year. The results for 2018 are preliminary.

Go back
Use of this press release is free. Please quote the source.
For further information please contact Gudrun.Stefansdottir@statice.is, tel. +354 5281034