In a thematic issue of social indicators, Statistics Iceland presents for the first time a detailed overview of the social well-being of immigrants in Iceland. The percentage of immigrants of the Icelandic population has never been higher than in 2018 when it reached 12.6%. The results suggest that immigrants have good access to the Icelandic labour market, are generally members of a workers union and experience similar environmental quality and safety in their neighbourhoods as locals. However, immigrants face more barriers in their pursuit of education within the local education system, are less likely to get jobs that fit their qualifications, live more often in overcrowded dwellings, and have a partially worse financial situation than the local population. 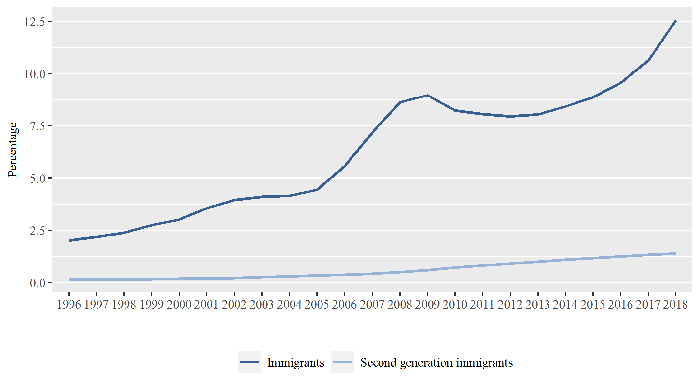 Figure 2. The number of immigrants by length of stay 2018 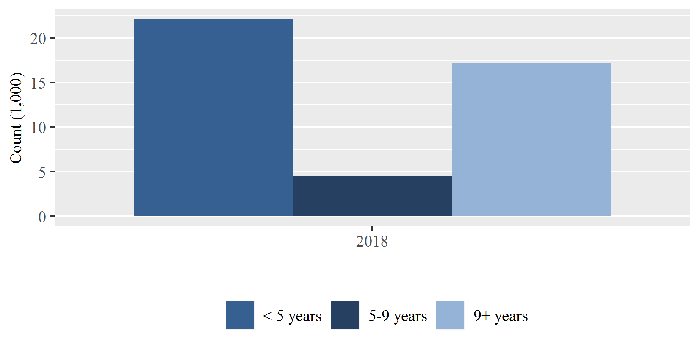 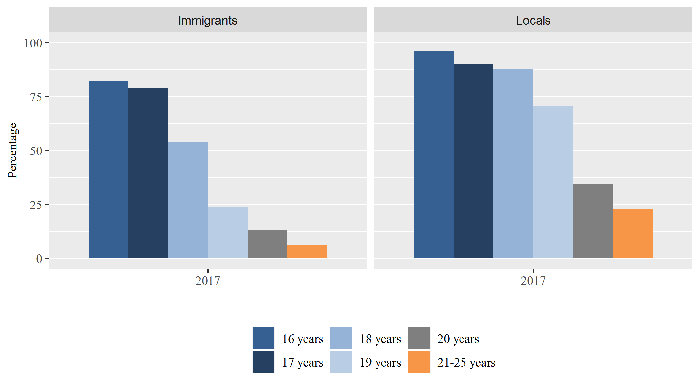 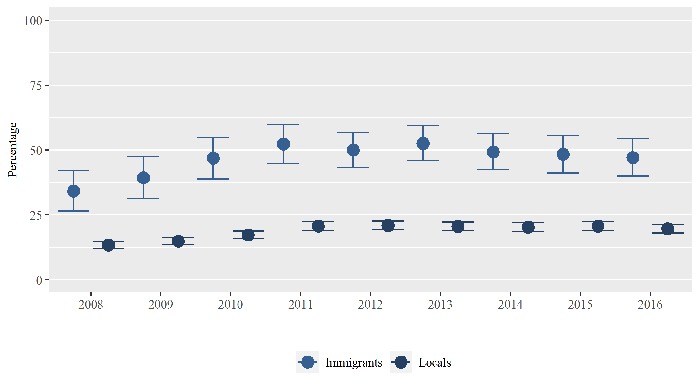 Figure 5. Median assets by background and length of stay 2017 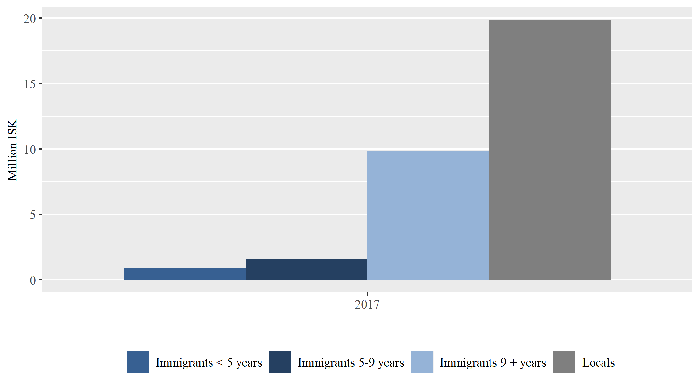 Less reliable data on immigrants than locals
It is important to bear in mind when interpreting the results of the social indicators that immigrants and locals differ in more aspects than just their background. There may be a difference in the age or gender distribution between the groups. Furthermore, the social indicators do not reveal whether or not the well-being of immigrants has changed after migrating to the country. Finally, it is important to keep in mind that it is difficult to obtain as reliable information on immigrants as for locals. Immigrants not registered in Iceland, those staying in the country illegally or victims of human trafficking are neither in official registers nor in sample surveys. Immigrants are also less likely to respond to survey questionnaires. This is a general problem for official statistical, which is likely to cause more bias for immigrants.

Go back
Use of this press release is free. Please quote the source.
For further information please contact gro.einarsdottir@statice.is, tel. 5281000