Guest nights in hotels increased by 48% in November 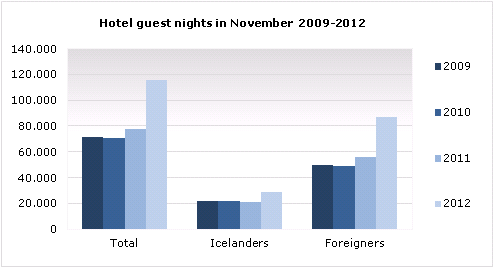 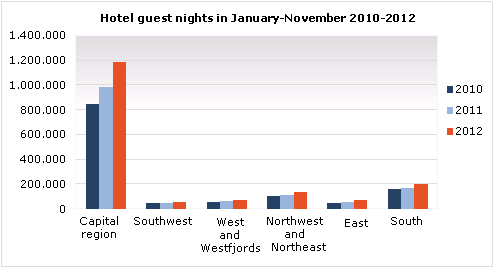 The data above only show guest nights in hotels that are operating for the whole year. Guesthouses and summer hotels are not included in this category.