3% decrease in overnight stays in August

The number of overnight stays decreased by 3% from August last year. There was a 0.6% decrease in hotels and guesthouses, 17% decrease in private accommodation through Airbnb etc., and 1.0% increase in other types of accommodation. 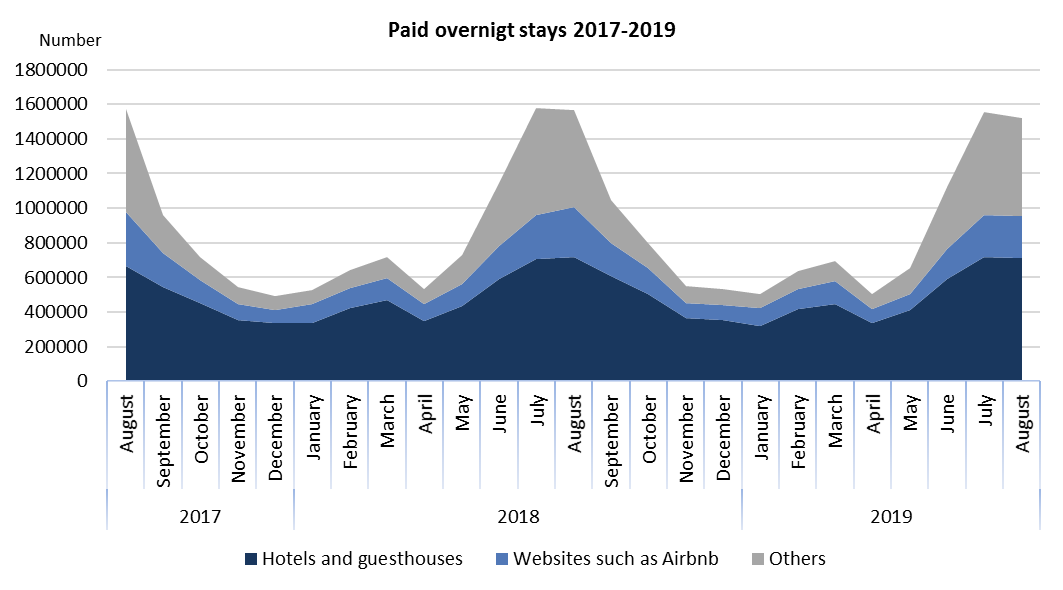 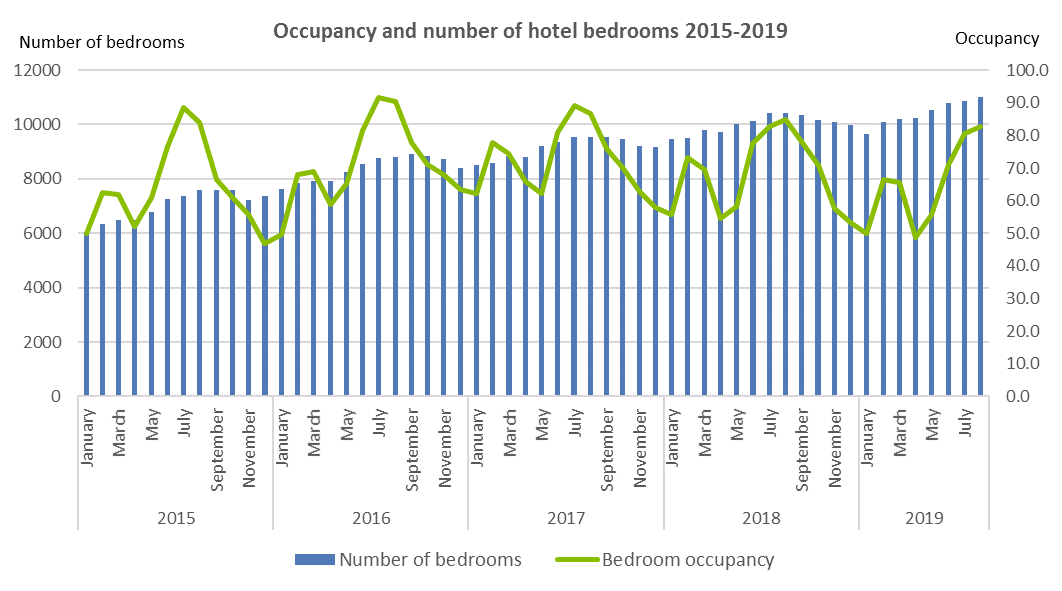 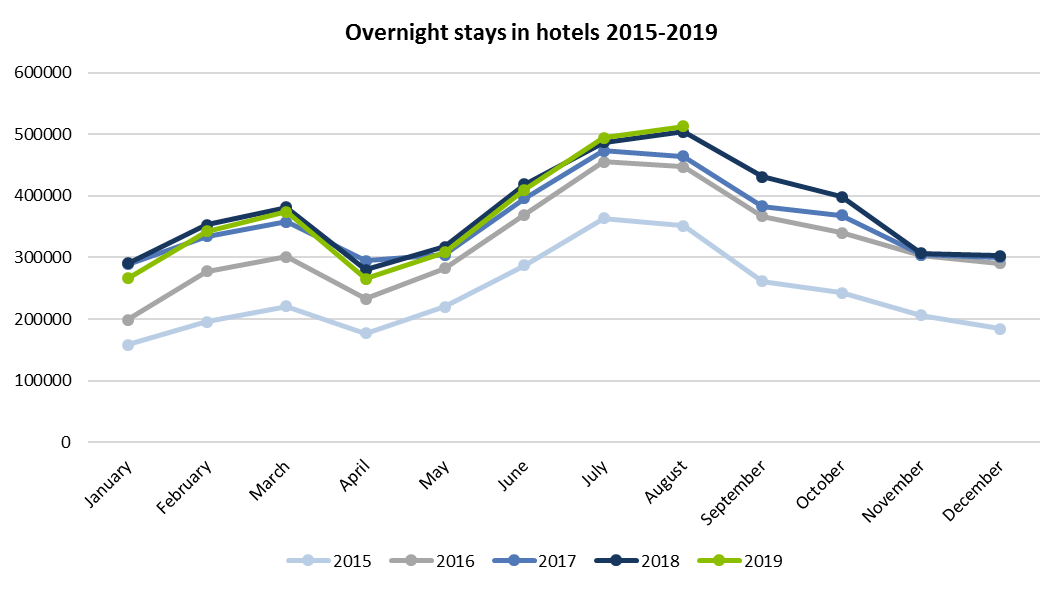 All numbers for 2019 are preliminary.

Go back
Use of this press release is free. Please quote the source.
For further information please contact gistiskyrslur@hagstofa.is, tel. +354 528 1000