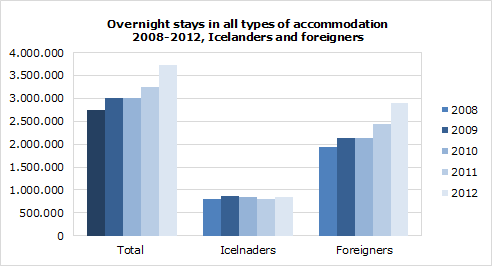 Most overnight stays in 2012 were spent by tourists from Germany, Britain and USA. However, the number of overnight stays of Chinese citizens increased most compared with the previous year, by 72%.