Preliminary results of Tourism Satellite Accounts indicate that tourism as a proportion of GDP amounted to 8.6% in 2017. Tourism share of GDP was 8.1% in 2016 and 6.2% in 2015. The tourism as a proportion of GDP grew less in 2017 than in 2015 and 2016 but was comparable with rate of growth in the years 2012 to 2014. Tourism Satellite Accounts are produced by Statistics Iceland in order to calculate the contribution of tourism to the Icelandic economy, based on international standards in tourism statistics. 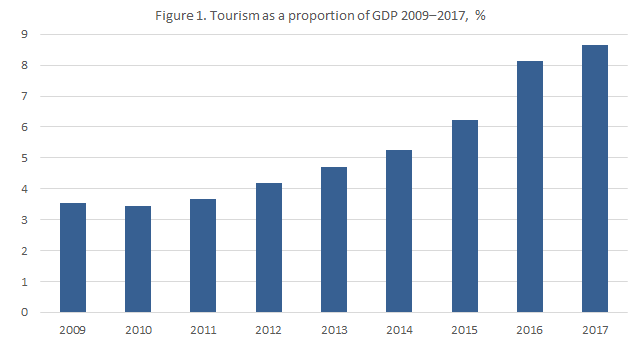 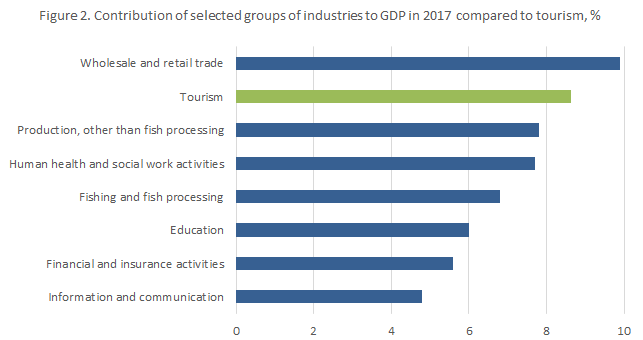 Statistics
Go back
Use of this press release is free. Please quote the source.
For further information please contact Palmar.Thorsteinsson@statice.is, tel. +354 528 1142