Hourly earnings in Iceland the eight highest in 2018 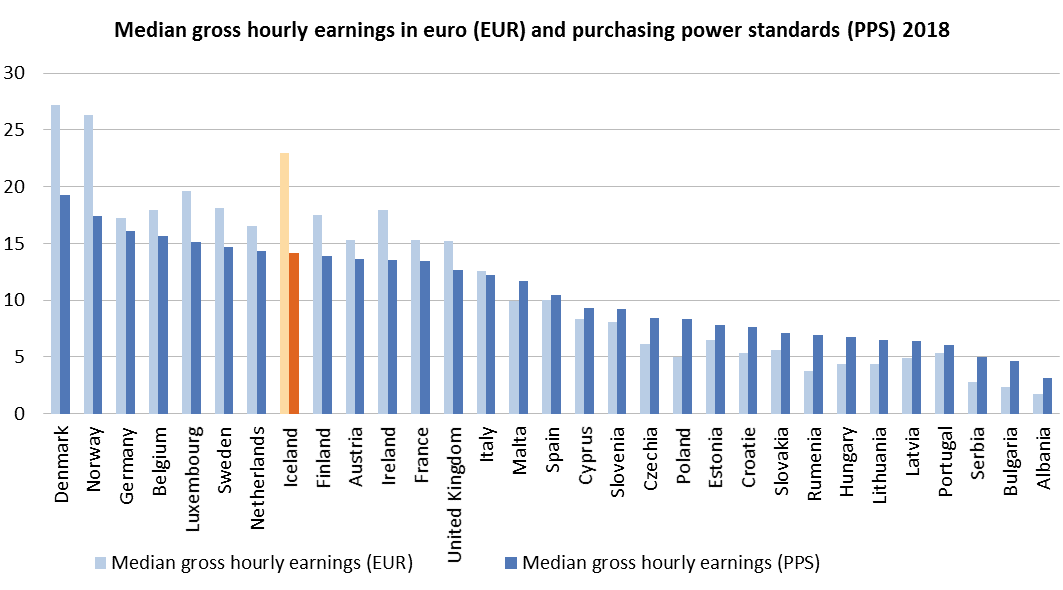 These results are from the European Structure of Earnings Survey (SES) that is conducted every four years, the last time in 2018 with October as reference month. The results and an article were published on Eurostat’s website on 14 December 2020. 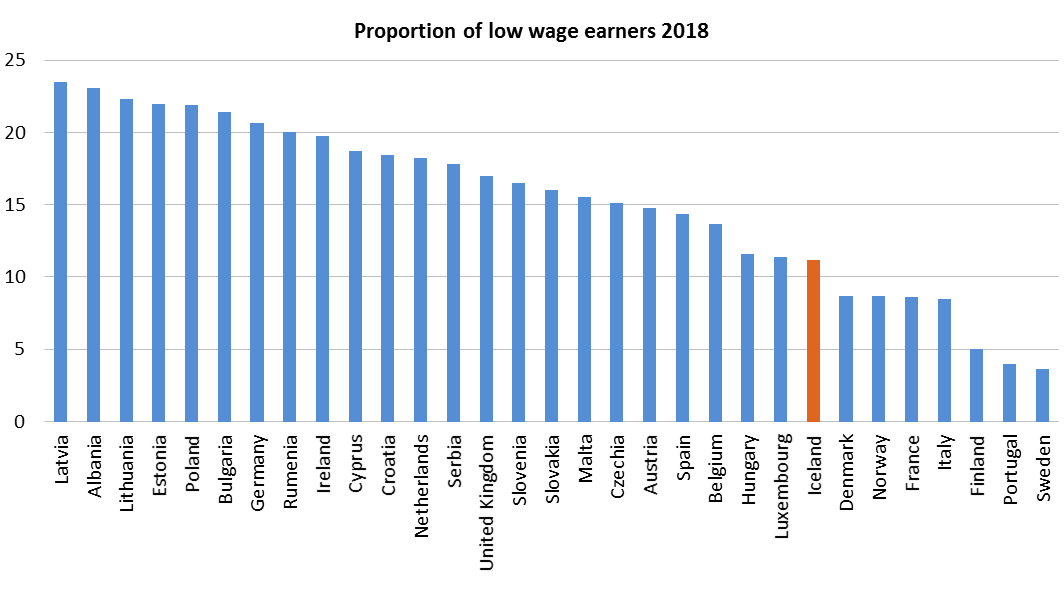 Data and further analysis is found on Eurostat’s webpage.