Total income is composed of wages (income from work), capital income and other income. Results are based on individuals’ tax returns, 16 years old and older.

More precise breakdown can be found in figure 1, where income from work, capital income and other income is showed for the ten most populated municipalities along with Bolungarvik, Seltjarnarnes, Akrahreppur and Húnavatnshreppur and the whole country in 2018. 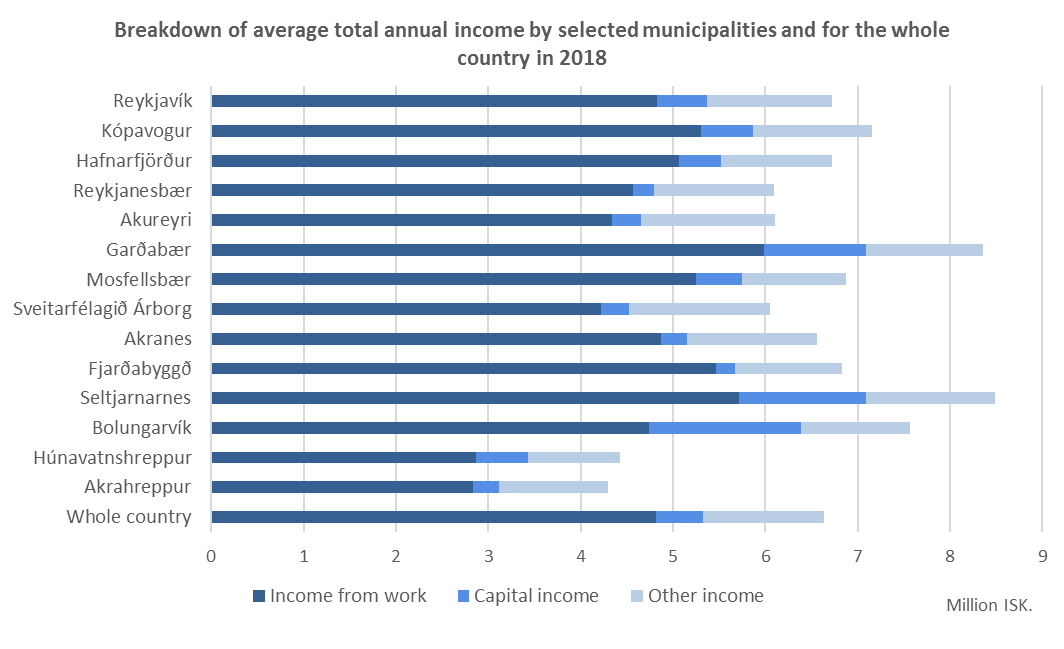 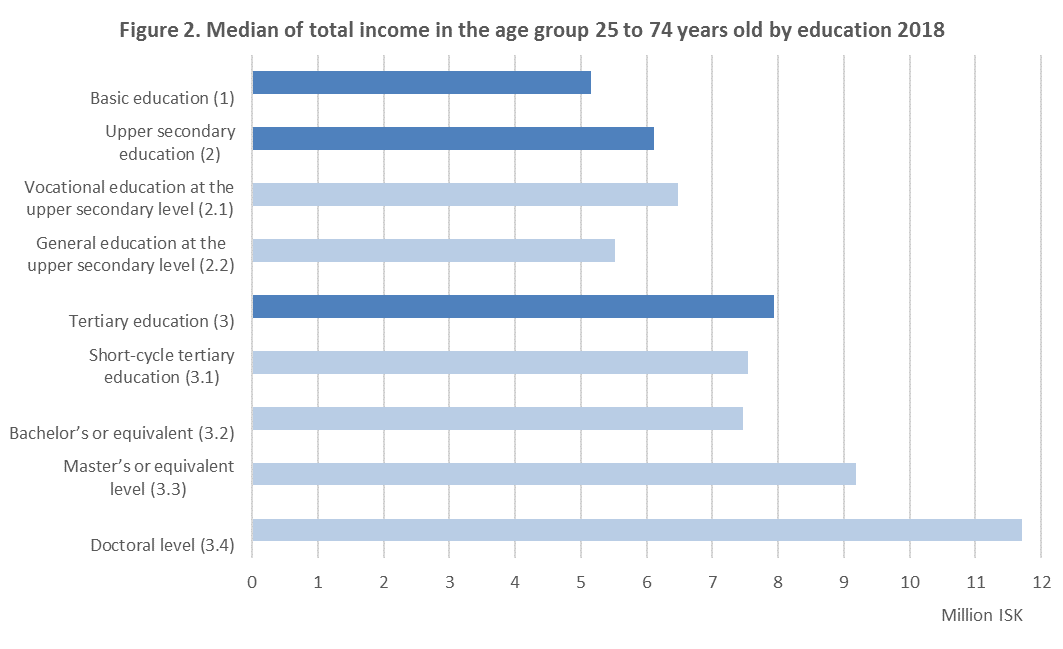 About income statistics from tax returns
Statistics Iceland publishes statistics on income for the period 1990 to 2018 by municipality and sex. This comprises total income as well as income from earnings, capital gains and disposable income including other income and taxes. Results are based on individuals’ tax returns.