Monthly wage index in February 2013 is 2.3% higher than in the previous month 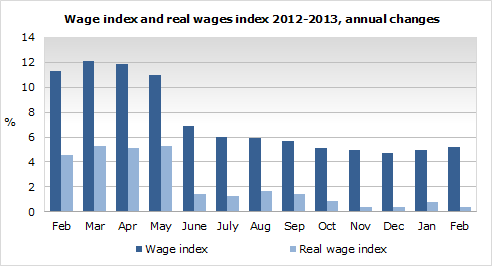