Monthly wage index in March 2013 is 1.3% higher than in the previous month 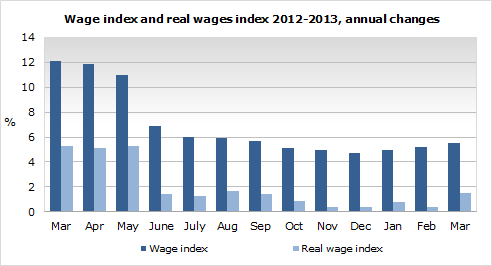 Agreements between the Association of Local Authorities and Municipal Employees, signed May 2011, stipulates a general increase in wages tables, from 1st. March 2013.