The wage index increased by 0.3% in August

From January 2019 to June 2021 the increase in wages according to the wage index was 16.8% in the private sector, 19.2% in the central government and 25.2% in the local government. For comparison it is necessary to consider different timing when collective agreements stipulate wage increases. In the private sector collective agreements stipulated a pay rise in April 2019, April 2020 and January 2021 as well as shortening of the working week for part of the wage earners.

In 2020, the public sector closed comparable collective agreements that stipulated two pay rises, one retroactive pay rise for 2019 and one for 2020 as the validity period of the former agreements ended in early 2019. Those wage earners also got a pay rise 1 January according to the agreements and shortening of the working week that came into effect in the year 2021. 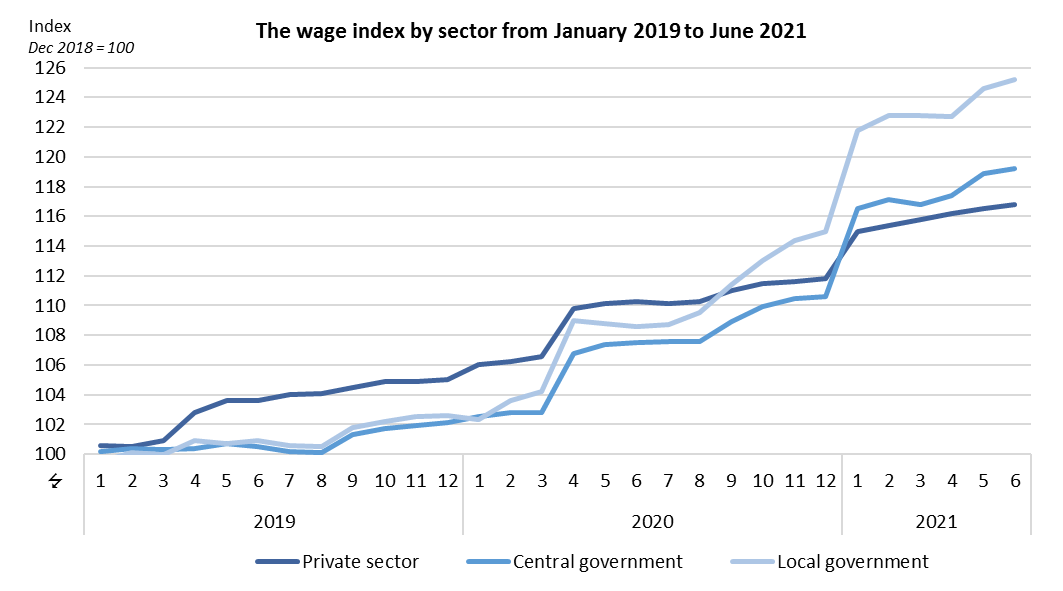 About the wage index
The wage index is calculated and published according to law no. 89/1989. The index is a price index based on data from the Icelandic survey on wages, earnings and labour cost. The purpose of the index is to reflect changes in wages paid for fixed working hours. The index is based on earnings for contractual working hours and includes all wages paid for day time and fixed overtime hours, including additional payments and bonuses. Irregular payments and employers' social contributions and taxes are excluded.

Further information is available in metadata about the wages index.