No significant change in the income distribution in 2016

The income distribution did not change significantly between 2015 and 2016. The Gini index fell by 0.6 points, from 24.7 to 24.1, which is not statistically significant. Hence, it cannot be concluded that income inequality in Iceland has changed between the two years. This is based on preliminary results from 2016 as well as a recalculation of the 2015 data as explained below. 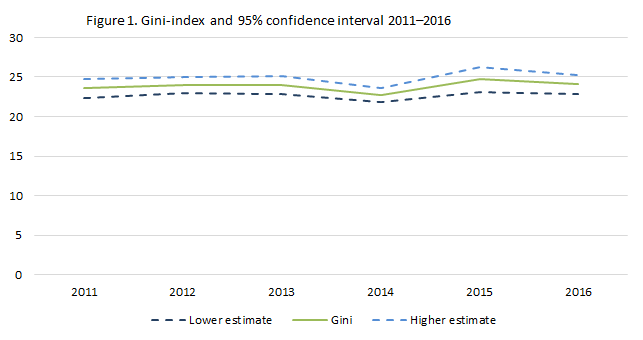 The At-risk-of-poverty rate, defined as those with less than 60% of the population’s median equivalized income, was 8.8% in 2016 compared with 9.2% in 2015. The At-risk-of-poverty-rate has fluctuated somewhat from year to year since 2011 but these annual fluctuations are not statistically significant. 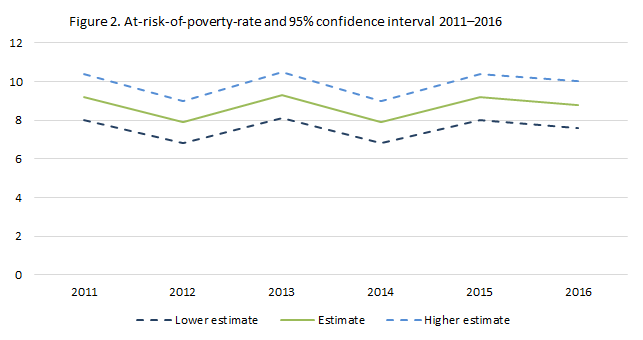 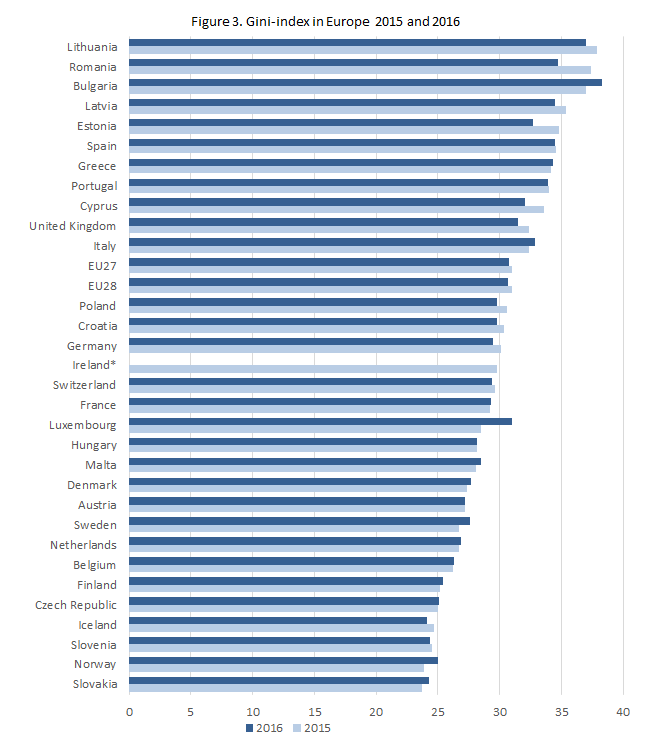 * The Gini index for Ireland in 2016 is yet to be published.

Correction of the Gini index and the At-risk-of-poverty-rate in 2015
During a routine quality check of data last November an error was discovered in previously published results from the Survey of Income and Living Conditions for the year 2015. This error affected income calculations and thereby the calculation of the Gini index and the At-risk-of-poverty-rate. The error has now been corrected and all relevant tables updated on Statistics Iceland’s website along with the addition of preliminary results for 2016.

Corrected Gini index for 2015 is 24.7. The index was previously underestimated (23.6) as capital income was not fully taken into account. Table 1 shows the Gini index for Iceland for the period 2011-2016 along with confidence intervals.

Methods
Information on the income distribution is derived from the Survey of Income and Living Conditions. Survey data is collected from February until May each year but income data is derived from tax data for the preceding year, in accordance with procedures followed by Eurostat. Thus, the income reference period of each year is the year before.

Eurostat‘s definition of disposable income excludes capital gains from sales of shares or stocks but includes other capital income such as interest of bank accounts and dividends of shares.