By 2020, the gender pay gap had narrowed even more. However, a reservation is in order as regards the results of 2020 due to consequences of the coronavirus in the Icelandic labour market. In 2020, the adjusted wage gap was 4.1%, the unadjusted wage gap was on average 12.6% while the difference in income from work for men and women was 23.5%. 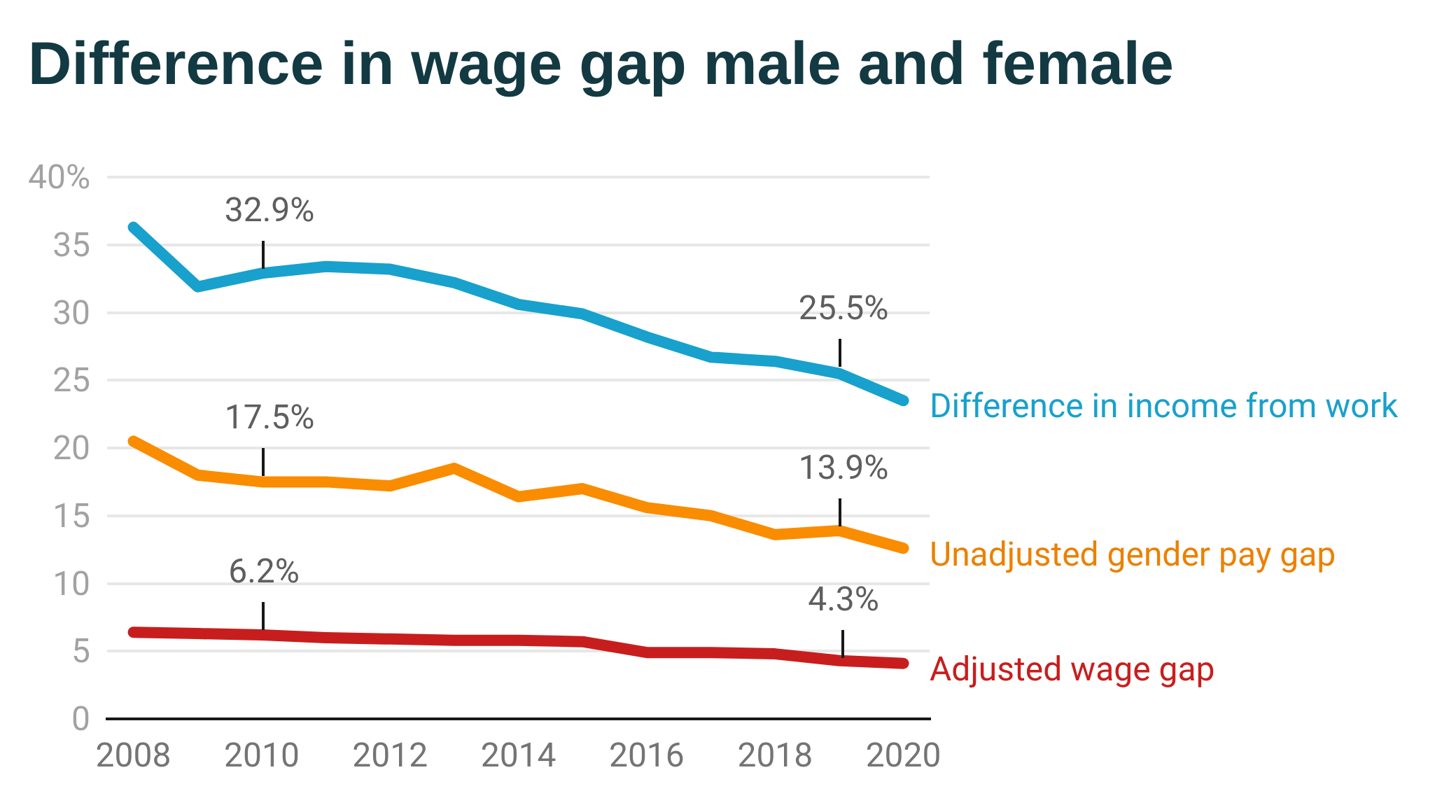 Statistics Iceland now publishes two reports based on a study of the gender pay gap. This study is carried out in collaboration with the Prime minister’s office on the basis of a cooperation agreement to improve the statistical methods for estimating the adjusted wage gap. The report Icelandic gender pay gap analysis 2008-2020 discusses methods and results from the analysis. The report Launamunur karla og kvenna summarizes the main results of Statistics Iceland’s analysis, sheds light on various definitions and explores what lies behind the measurements of the gender pay gap.

Explanation - gender pay gap
The adjusted wage gap assesses whether men and women with the same characteristics (on average) receive comparable wages. In that assessment, wage models are used to isolate the effect that gender has on regular wages. Relevant factors (explanatory variables) are considered, such as occupation, industry and level of education. The assessment is based on Statistics Iceland’s data on wages, demography and education.

The unadjusted gender pay wage gap is a comparison of the average hourly wage for men and women, more explicitly the gender difference between the sum of regular wages and overtime wages divided by paid hours. An unadjusted wage gap thus takes into account working hours. Men work longer hours on average than women, which means they usually have more overtime hours which are in turn usually more expensive. Factors that can explain different levels of pay, such as industry and level of education, are not taken into consideration.

A simple measure of the wage gap between men and women is the difference in income from work. This is based on the income from work of individuals of working age (18 to 66 years) according to tax returns. Factors that can explain different levels of income, such as working hours, employment, industries and level of education, are not taken into consideration.

The gender pay gap (only in Icelandic) - Working paper