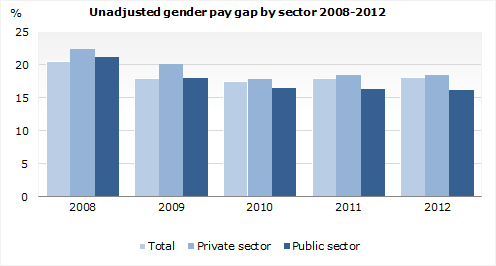 The unadjusted gender pay gap (GPG) is based on the methodology of the Structure of earnings survey (SES), which is carried out with a four-yearly periodicity. The most recent reference year is 2010. When comparing the unadjusted gender pay gap, Iceland was the 9th highest in the year 2010. The GPG was highest in Estonia that year, about 27%. In Croatia the GPG was a little less than -2% which means that women received higher hourly earnings than men. The percentage of overtime hours of paid hours was highest in Iceland in 2010. The proportion was 10% for Icelandic men and 5% for women.