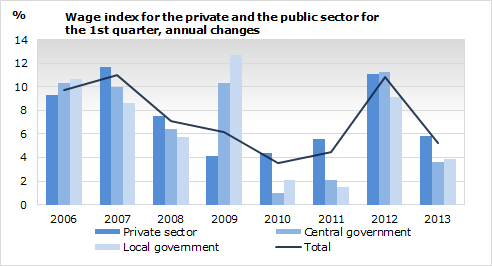 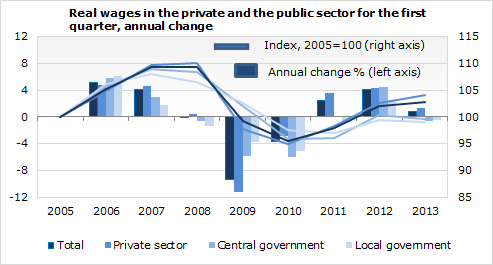 The calculation for the total wage index in the public sector has been revised since 2011 and therefore previously published data has changed. Press releases and statistical tables have been revised accordingly.