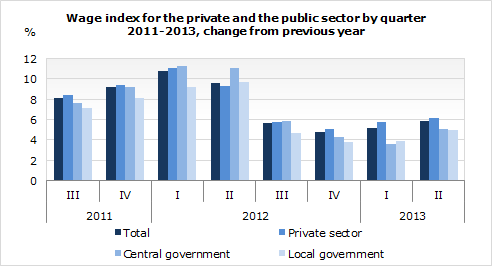 Wages for Managers and General, machine and specialized workers increased by 1.1% while wages for Clerks increased by 2.4%. Annual change ranged from 5.1% for Craft workers to 7.7% for Clerks.