Please note that this press release is no longer valid. A corrected version has been published in its place.

Increase in exports of seafood
The total value of exports of goods in the first three months of 2020 was 13.3 billion ISK lower (7.6%) than in the same period the year before at current rates of exchange. This decrease in export is due to transactions with ships and aircrafts in January 2019. Marine products contributed 46.7% of total exported goods and their value was 19.2% higher than last year. The increase in exports of marine products is mainly in frozen whole fish and frozen fish fillets. Manufacturing products contributed 44.9% of the total exports and their value was 6.5% lower than in 2019.1 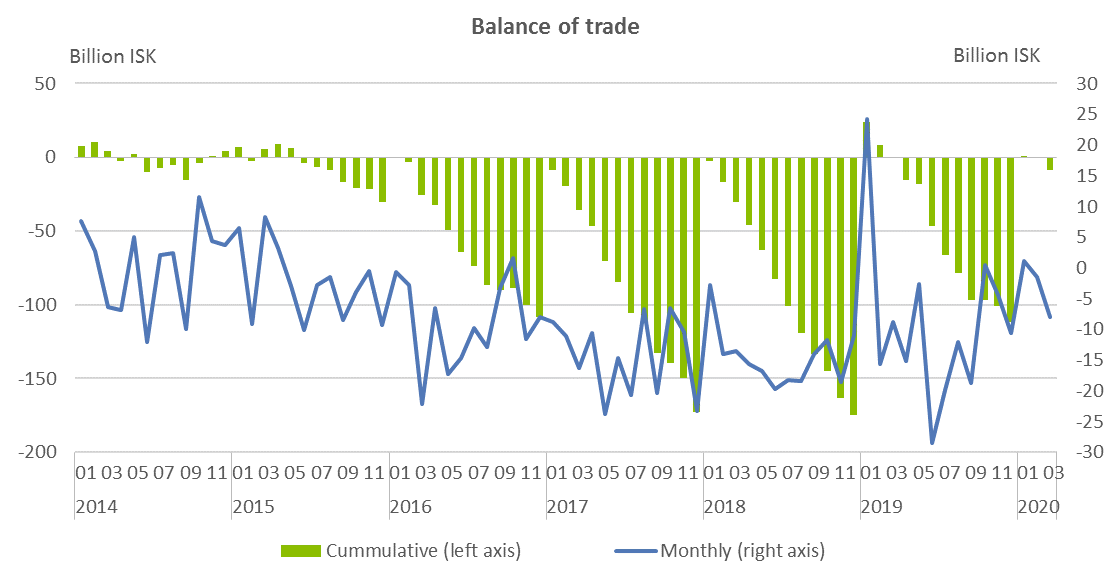 *Monthly figures of external trade for current year are revised together with the release of figures for new months. Annual figures are published in the first half of the year after the end of the reference year. The figures are considered as final at that point in time. *

Go back
Use of this press release is free. Please quote the source.
For further information please contact externaltrade@statice.is, tel. +354 5281157